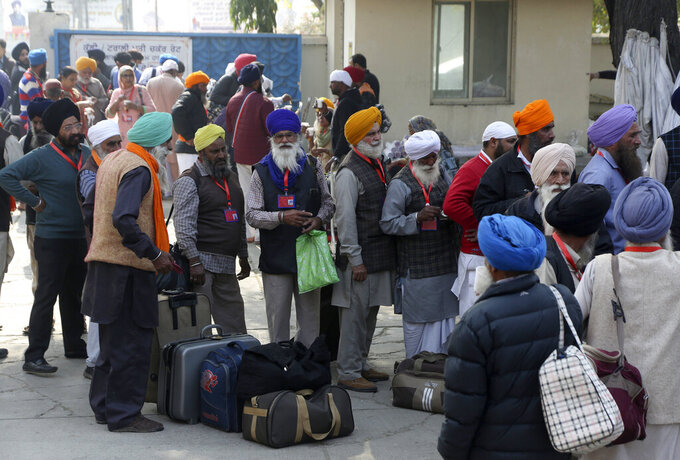 Thousands of Sikh pilgrims have arrived in Pakistan for an annual commemoration of the birth of their religion's founder, officials said on Wednesday.

Two main border crossings from India — at Wagah and Kartarpur — were reopened for the festivities, after being closed due to coronavirus restrictions for two years.

The week-long celebrations mark 552 years since the birth of Guru Nanak, who settled in today's Pakistan. His shrine is also in Pakistan, and visible from across the border in India.

Sikhs are a tiny minority in Muslim-majority Pakistan, although many of their religious sites remain there. Pakistan and India have a history of bitter relations, having fought several wars since independence.