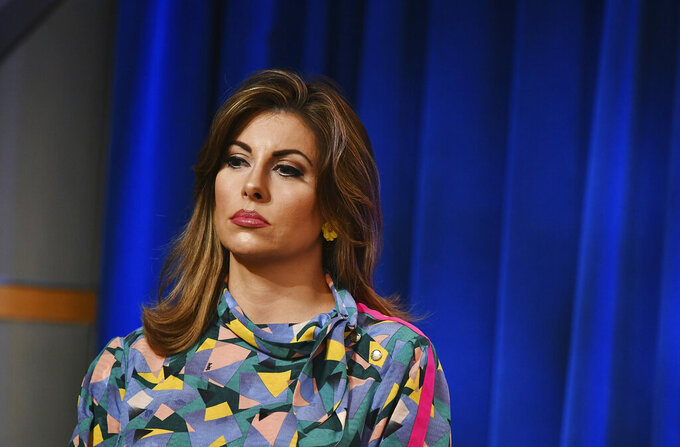 NASHVILLE, Tenn. (AP) — A one-time U.S. House hopeful in Tennessee who landed former President Donald Trump's endorsement before state Republican Party officials booted her off the ballot is now providing national security advice to another candidate in that race.

The campaign team for Winstead, a retired brigadier general in the Tennessee National Guard, praised Ortagus’ service as a U.S. Navy Reserve officer, touted her work in the U.S. State Department, and noted her recent launch of a national security advocacy group.

Ortagus, a former State Department spokesperson under Trump who had his endorsement, was among three candidates removed from the August primary ballot in the 5th Congressional District by state party officials over challenges to their voting records.

Ortagus did not immediately respond to a message seeking comment, nor did an official with her new advocacy group.

The reconfigured nine-candidate Republican field for the 5th District also includes former Tennessee House Speaker Beth Harwell and Maury County Mayor Andy Ogles. Prominent conservative backers have begun picking their sides for them, as well. Former Gov. Bill Haslam has donated to Harwell's campaign, while Ogles has landed an endorsement from the PAC for Americans for Prosperity. He once ran the group's Tennessee chapter.

On the Democratic side, state Sen. Heidi Campbell is seeking the 5th District seat.

Several candidates have set their sights on Tennessee’s freshly drawn 5th District after Republican redistricting this year. The seat opened up after Democratic U.S. Rep. Jim Cooper announced he would not seek reelection rather than run in a remapped district. The redrawn district carved up Nashville, favoring Republicans in each of the three seats and making it impossible for him to win any of them, in his view.

Even with Trump's backing, Ortagus drew criticisms from some fellow Republicans who noted she recently moved to the state and argued she did not know the region or its voters.

Tennessee’s Republican-controlled Legislature had sought to nudge Ortagus and others off the ballot by imposing residency requirements on most U.S. House and Senate candidates.

However, that attempt fizzled after Republican Gov. Bill Lee allowed the new law to go into effect without his signature in April after the candidate filing deadline passed. State elections officials said that meant the new law would not apply retroactively to candidates who had already met the qualifications.

Ultimately, the challenges through state GOP rules over who should be considered a “bona fide” Republican resulted in the removal of Ortagus, small business owner Baxter Lee and video producer Robby Starbuck. Each sharply has criticized the decision, as have some Republicans nationwide, including Donald Trump Jr. and Sen. Lindsey Graham of South Carolina.

Starbuck has challenged his removal in court — first in federal court, where a judge ruled against him, and now, in a state court challenge filed late last week.