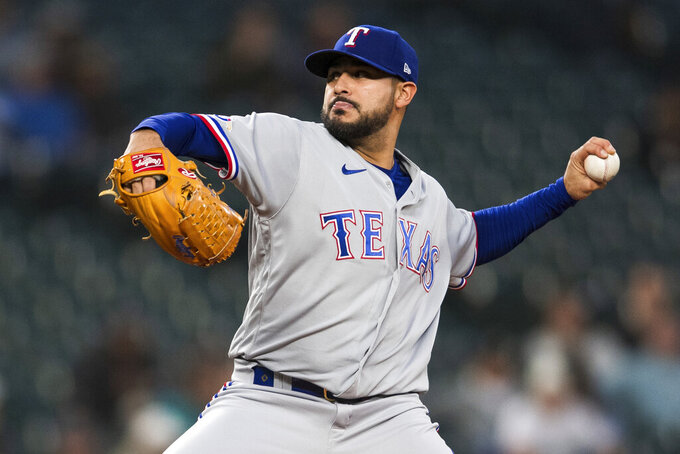 All-Star left-hander Martin Pérez accepted a $19.65 million qualifying offer from the Texas Rangers, who still hope to add more to their starting rotation.

Pérez returned to the Rangers on a $4 million contract before the start of spring training earlier this year. He went 12-8 with a career-best 2.89 ERA in 32 starts.

Of the 14 MLB players who had qualifying offers from their teams, only Pérez and San Francisco outfielder Joc Pederson accepted before Tuesday's deadline. The remaining 12 are free agents.

The decision by Pérez came a week after Texas acquired starter Jake Odorizzi in a trade from the Atlanta Braves.

While the acceptance of the qualifying offer doesn’t preclude the Rangers from maybe doing a longer deal with Pérez, Young said the attention now is on getting more rotation and bullpen pieces.

“We’re focused on continuing to add, and building out our pitching staff. Ownership has been committed to giving us the resources we need to build a winning team,” Young said. "We are going to continue to look at the same targets that we had going into this process ... all ends of the market.”

Texas initially signed Pérez as a 16-year-old international free agent out of Venezuela in July 2007, and he made his big-league debut in 2012. After his first seven big league seasons with the Rangers, Perez went to Minnesota in free agency for the 2019 season and then pitched in Boston for two years before going back to his original MLB team.

The Rangers also return Jon Gray, who was 7-7 with a 3.96 ERA in the first season of a $56 million, four-year deal he signed last December to be their No. 1 starter. He was limited to 24 starts because of three stints on the injured list, but returned for the final month of the season.

Odorizzi was traded by the Braves after informing them that he was exercising his $6.5 million player option for 2023. The Rangers also have Dane Dunning, who started 29 games, and Glenn Otto after 27 starts his rookie season.

“I think we’ve got a solid foundation in terms of the arms that we have, and the flexibility or the versatility that we can possibly have with our starting rotation as it exists today,” Young said. "I guess that is advantageous, that we are in a position that we can continue to add.”