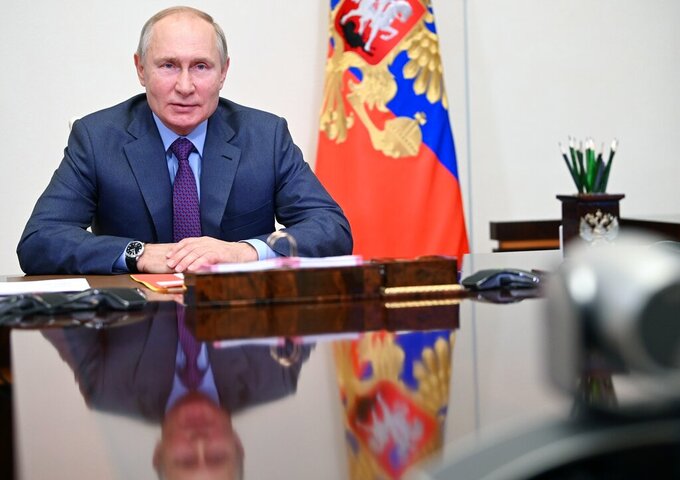 Dozens of trains remain stuck on the 9,289-kilometer (5,772-mile) railroad line. Spanning eight time zones across Russia from Moscow to the Pacific port of Vladivostok, the railway line is the longest in the world.

No one was hurt when part of the bridge collapsed Friday near Nizhnyaya Kuenga in the Trans-Baikal region east of Lake Baikal.

Putin said officials had pledged to get trains moving again on section of the railway in 2 1/2 days, while the second link should resume operation in five days.

The Russian president also instructed officials to take urgent measures to ensure an uninterrupted supply of food and other essential items to the regions affected by the interruption.