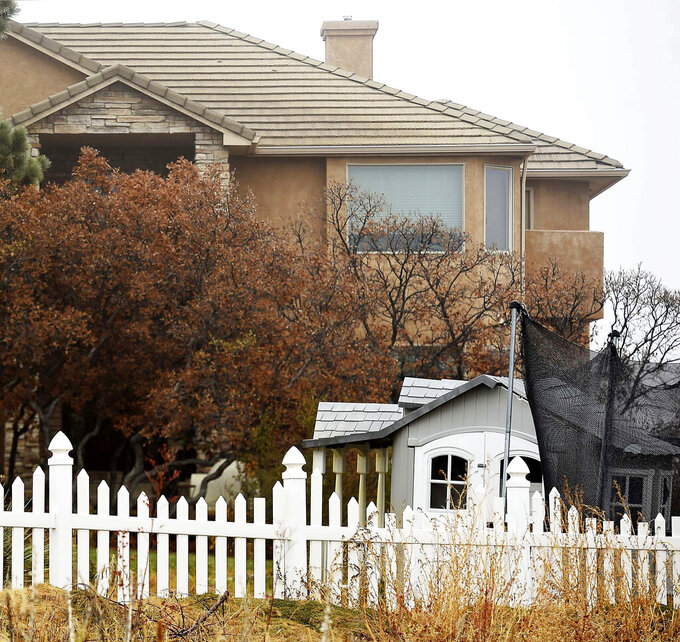 Jerilee Bennett, ASSOCIATED PRESS
A playhouse and trampoline are seen in the yard of a home where four dead bodies were found a day earlier in Gleneagle, near Monument, Colo., Sunday, Oct. 31, 2021. Two children and two adults were killed in what appears to be a murder-suicide at the home, the El Paso County Sheriff’s office said Sunday. (Jerilee Bennett/The Gazette via AP)

MONUMENT, Colo. (AP) — Authorities believe a man killed his wife and two of his children last weekend before killing himself in an affluent community near Colorado Springs.

Yvette M. Siegert-Kreb, 50, Felicity Kreb, 13, Barrett Kreb, 9, and Christof Kreb, 55, were found dead Saturday in their home in the community of Gleneagle, the El Paso County Sheriff’s Office said in a statement Monday. Details about how they died will be made public by the county coroner, the statement said.

Alexa Gromko, a family friend since 2010, told The Gazette that Felicity and Barrett were among six children that the couple had adopted from China, most of them dwarfs, after their youngest biological son was born with dwarfism.

Felicity had learning and social problems because of dwarfism and Barrett, one of the newest adopted children, had recently underwent surgery, Gromko said.

“She wanted her son to feel like he had people like him in his life, so they specifically adopted children with dwarfism,” Gromko said of Siegert-Kreb. “I was so in awe of her devotion and dedication.”

Siegert-Kreb wrote online last year that she made masks during the pandemic and kept her children sheltered at home, noting that most of them were more susceptible to the virus because of their dwarfism, which can impair the immune system.