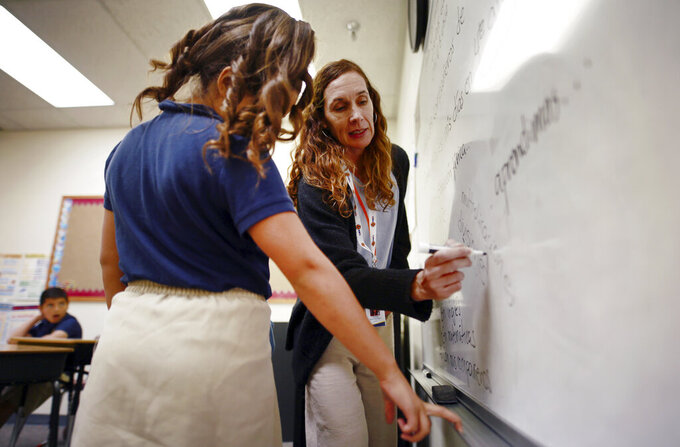 A report Thursday from the Legislature's budget and accountability office shows that the state's four major public pension and permanent funds shrank by about $825 million during the first three months of the year amid a federal interest-rate hike, the Russian invasion of Ukraine and a wave of COVID-19 infections.

The losses are a tiny share of the funds’ $66.3 billion valuation that grew by 40% over the past five years — a $19 billion surge.

A statewide referendum in November will decide whether to increase annual distributions slightly from the state's nearly $26 billion Land Grant Permanent Fund. That fund is sustained by investment returns along with oil extraction and other natural resource development on state trust lands.

Currently 5% of the fund balance each year goes mainly toward public schools and universities. The referendum would increase the rate to 6.25% to provide roughly an additional $200 million to public education.

Advocates for the increase want to expand programs such as pre-K, child care assistance and voluntary home-visits to new parents. Critics worry the changes undermine the growth and sustainability of trust.

The referendum would amend to the state’s constitution and also requires authorization from Congress.