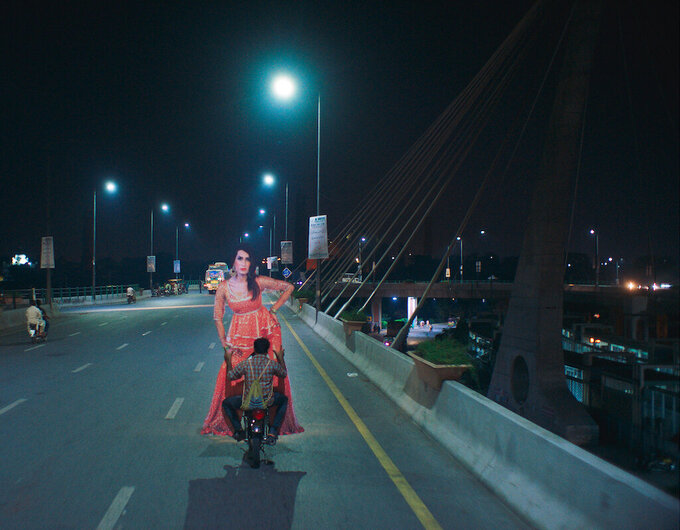 Uncredited, ASSOCIATED PRESS
This image released by all caps/Khoosat Films shows a scene from the film "Joyland." A Pakistani official says the country's Oscar entry, “Joyland,” is banned from cinemas, despite being previously approved for release. The movie features a love story between a married man and a transgender woman and caused controversy in the Muslim-majority country even before it hit the big screen. (all caps/Khoosat Films via AP)

ISLAMABAD (AP) — Censors are lifting a ban on Pakistan's Oscar entry, “Joyland," but some scenes would be cut before the movie opens across the country, an aide to the prime minister said Wednesday.

The movie, which features a love story between a married man and a transgender woman, is Pakistan’s entry for next year’s Academy Awards and was a prizewinner at this year’s Cannes Film Festival.

But it has caused controversy in Muslim-majority Pakistan and state censors last week banned its showings at movie theaters, reversing a previous all-clear for release.

Transgender people are considered outcasts by many in Pakistan, despite some progress with a law that protects their rights and a landmark Supreme Court ruling designating them as a third gender.

Salman Sufi, an aide to Prime Minister Shahbaz Sharif, told The Associated Press that the decision to lift the ban was made by a committee that the premier had formed to evaluate the film. The board approved the film with minor cuts, he said.

“The decision is a simple yet powerful message that the government stands by freedom of speech and safeguards it, and cannot allow mere smear campaigns or disinformation to be used as choking creative freedom,” Sufi said.

He did not elaborate on which scenes would be cut.

“Transgender people are as much citizens of Pakistan as anyone else,” he said. "We have launched a hotline for their issues as well from the prime minister's office and the prime minister is fully committed to safeguarding their rights."

“Joyland” is scheduled for release in Pakistani cinemas on Friday.