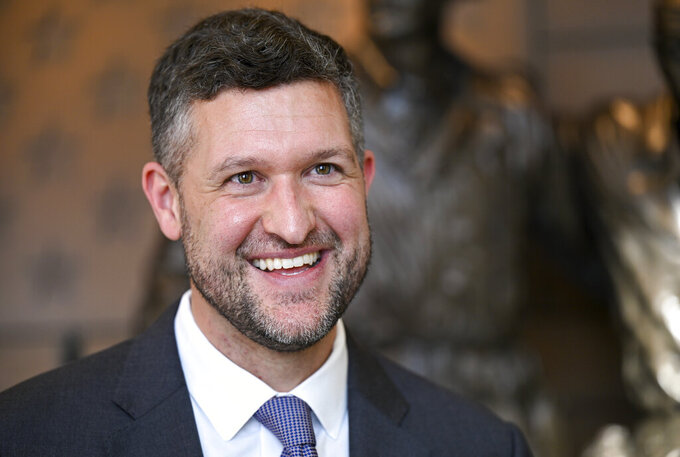 ALBANY, N.Y. (AP) — U.S. Rep. Pat Ryan has won a full term representing part of New York’s Hudson Valley in Congress, becoming one of just a few Democrats in the suburbs around New York City to hold off Republican opponents in the midterm election.

Ryan, the former Ulster County executive, initially won a seat in Congress in August in a special election to finish out the term of former U.S. Rep. Antonio Delgado, who resigned to become New York’s lieutenant governor.

His contest with Schmitt took place in a newly redrawn congressional district where he had to introduce himself to a new batch of potential constituents.

Ryan campaigned hard on abortion rights and Democrats hoped his summer win in the special election would be a bellwether for more victories in the suburbs.

But Republicans had a strong showing in New York, sweeping all four congressional districts on Long Island and ousting U.S. Rep. Sean Patrick Maloney, a Democrat whose district would have adjoined Ryan's in the Hudson Valley.

One congressional race in central New York remains too early to call. In that contest in the Syracuse area, Republican Brandon Williams had a narrow lead over Democrat Francis Conole. The winner there will succeed U.S. Rep. John Katko, a Republican who is retiring from office.