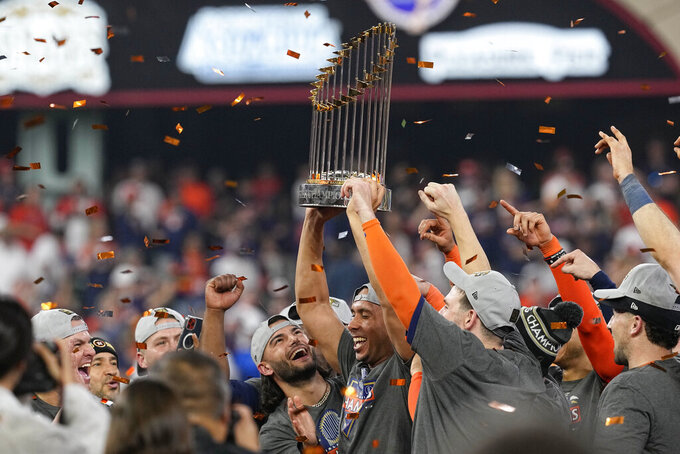 NEW YORK (AP) — A full postseason share for the World Series champion Houston Astros totaled a record $516,347 from a player pool of $107.5 million, also a record in the first season the playoffs were expanded to 12 teams.

Full shares for other playoff teams this year were: