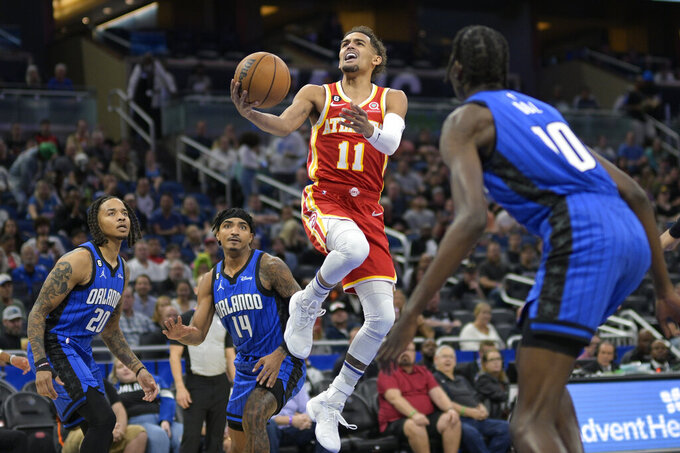 ATLANTA (AP) — Trae Young was scratched from the lineup on Friday night against the Denver Nuggets with right shoulder soreness, the latest blow to the injury-riddled Atlanta Hawks.

The Hawks were already without starters John Collins and De’Andre Hunter, who both underwent MRIs that confirmed their injuries. The team said Collins, who has a left ankle sprain, will be out at least two weeks. Hunter has a right hip flexor strain and will miss at least one week.

Young ranks 10th in the NBA with 27.8 points per game, and second in assists with a 9.6 average. He led the league last season in total points and total assists.

Denver, which has won four straight, received some good news before tipoff when guard Jamal Murray was listed as available despite a right quadriceps contusion. He has averaged 26 points over his last three games after missing all of last season with an ACL injury.

The Hawks got Bogdan Bogdanovic back for the first time this season as the sharpshooter has recovered from knee surgery.