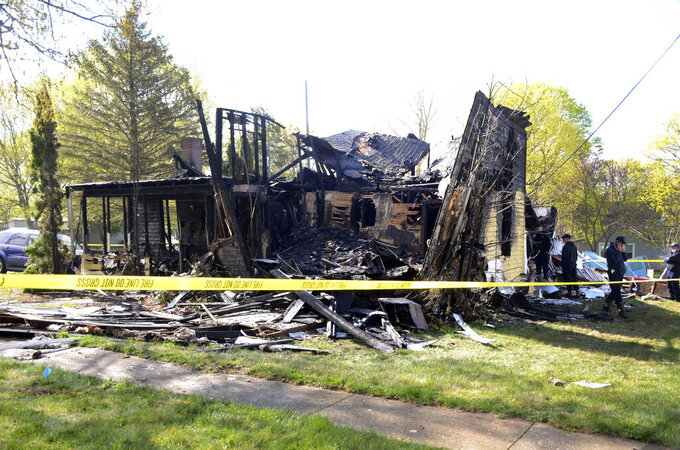 Trace Christenson, ASSOCIATED PRESS
An explosion destroyed a house Monday, April 12, 2021, in Marshall, Mich. Eight people were taken to hospitals. Authorities believe a natural gas leak might have been the cause. Marshall Fire Chief Martin Erskine said all eight were taken to either Bronson Methodist Hospital in Kalamazoo or Oaklawn Hospital in Marshall, with some believed to have serious injuries. He said officials are gathering information on their identities and medical conditions. (Trace Christenson/Battle Creek Enquirer via AP)

All were taken to hospitals, though three were released. The explosion and fire occurred overnight in Marshall, 15 miles east of Battle Creek. There were at least two children in the house.

“I’ve got to be honest: It was miraculous that all of them were able to get out,” Fire Chief Martin Esrkine said.

The preliminary cause appeared to be a gas leak, he said. The house was being renovated.

A neighbor, Patti Bischoff, said loud noises caused her to believe that something had crashed through her window.