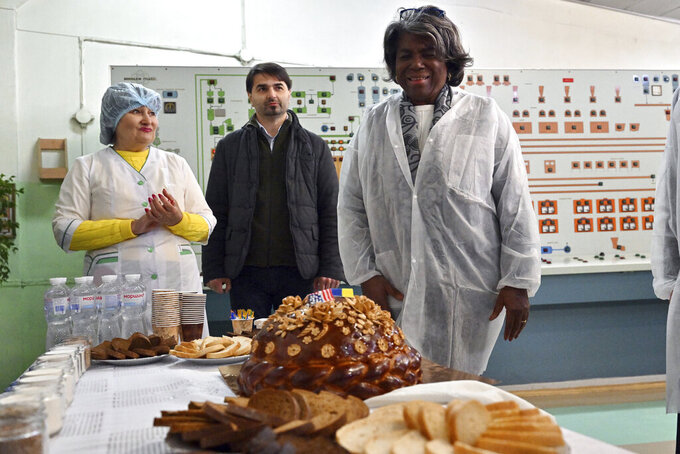 UNITED NATIONS (AP) — Senior U.N. and Russian officials planned to meet in Geneva on Friday for talks on extending the deal that returned Ukrainian grain to world markets and was supposed to eliminate obstacles for Russian exports of grain and fertilizer.

The agreement expires Nov. 19, and Ukraine and Western nations are pressing for it to be extended. However, Russia's government has said it is undecided, expressing dissatisfaction with how the deal has worked for its side.

U.N. humanitarian chief Martin Griffiths and U.N. trade chief Rebeca Grynspan, who has been in charge of the Russian side of the agreement, were to meet with a Russian delegation led by Deputy Foreign Minister Sergey Vershinin, the U.N. said Thursday.

Separate agreements brokered by the United Nations and Turkey and signed by Ukraine and Russia in Istanbul on July 22 were a rare example of tacit cooperation between the warring nations in the face of an escalating global food crisis following Russia’s Feb. 24 invasion of its smaller neighbor.

Ukraine and Russia were two of the world’s top suppliers of grain before the war, and Russia was also the leading exporter of fertilizer. The disruptions of their exports caused food shortages and added to price rises around the globe, hitting poor nations especially hard.

Ukraine and Russia provided around 30% of the world’s exported wheat and barley, 20% of its corn and over 50% of its sunflower oil, Grynspan told the U.N. Security Council last week. Russia was the world’s biggest exporter of fertilizers, accounting for 15% of global exports.

Under the July 22 deal, Ukraine has shipped more than 10 million tons of grain from three Black Sea ports to destinations in Africa, Asia and Europe.

But Russia’s deputy foreign minister, Andrey Rudenko, said Tuesday that the Kremlin had not decided whether to extend its agreement. “We are very dissatisfied with how the Russian part is being implemented,” he said.

Even though there are no U.S. or European Union sanctions on food and fertilizer shipments from Russia as punishment for its invasion of Ukraine, the Kremlin has pointed to major obstacles such as getting financing and insurance for ships and finding ports where Russian vessels can dock.

In late October, Russia’s U.N. ambassador, Vassily Nebenzia, said: “Russia needs to see the export of its grain and fertilizers in the world market, which has never happened since the beginning of the deal.”

Linda Thomas-Greenfield, the U.S. ambassador to the United Nations, visited the Ukrainian capital, Kyiv, on Tuesday and warned that global food security depends on renewing the deal.

She said that 828 million people in the world are going to bed hungry every night and that makes it imperative the agreement be extended.