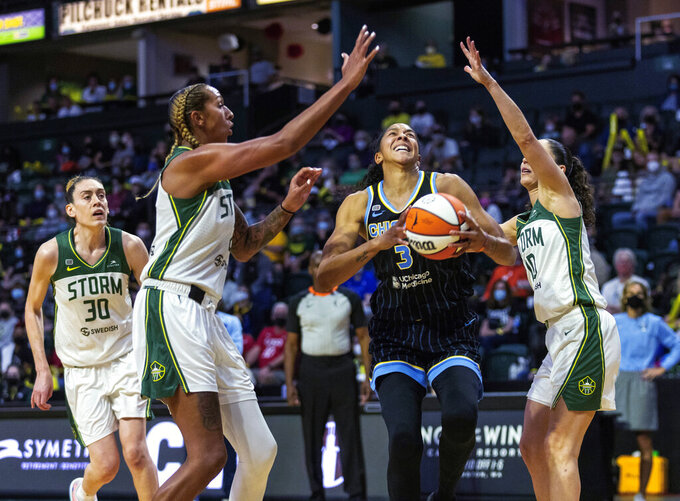 EVERETT, Wash. (AP) — Kahleah Copper matched her career high with 26 points on 10-for-16 shooting and the Chicago Sky rallied to beat the Seattle Storm 73-69 on Friday night.

Chicago (13-12) is in the sixth position in the eight-team playoff, while the No. 3 Storm (18-9) have clinched a playoff spot. The Sky have won both games against Seattle this season, with the teams set to meet again Sunday in Everett.

Breanna Stewart made a pair of free throws with 4:16 left in the first quarter for a 12-11 lead and Seattle maintained the lead until Allie Quigley hit 3-pointer to give Chicago a 66-65 lead with 2:56 remaining.

Stefanie Dolson had 12 points and six rebounds off the bench for Chicago, and Azurá Stevens had 11 points and 10 rebounds.

Stewart scored 18 points for the Storm, Jewell Loyd had 12 and Mercedes Russell 11. Seattle shot 36.8% and had 17 turnovers.