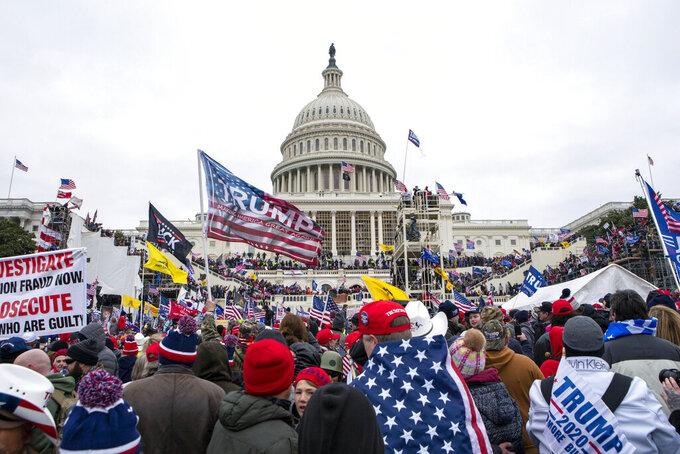 HELENA, Mont. (AP) — A Montana man who was among the first people to illegally enter the U.S. Capitol while Congress was certifying President Joe Biden's victory in the 2020 election has been sentenced to just over three years in federal prison.

Joshua Hughes of East Helena was sentenced Tuesday by U.S. District Judge Timothy J. Kelly in Washington to 38 months in prison for his actions during the approximately 38 minutes he was inside the Capitol during the insurrection carried out by supporters of then-President Donald Trump.

Kelly called the events of Jan. 6, 2021 a national disgrace, Hughes' attorney, Palmer Hoovestal, told the Independent Record in an email.

Hughes and his brother, Jerod Hughes, 37, pleaded guilty in August to obstruction of an official proceeding.

The brothers climbed through a broken window and Jerod Hughes helped kick open a door to allow other rioters into the Capitol while Congress was certifying the 2020 Electoral College vote, the FBI said in charging documents.

The brothers were near the front of a group that pursued Capitol Police Officer Eugene Goodman while he backed up a flight of stairs and was able to lead the mob away from the Senate floor. The brothers later made their way into the Senate chamber, court records said.

Jerod Hughes is scheduled to be sentenced on Jan. 6, 2023, the two-year anniversary of the insurrection.

The brothers are among the at least 880 people who were charged with federal crimes relating to the riot.