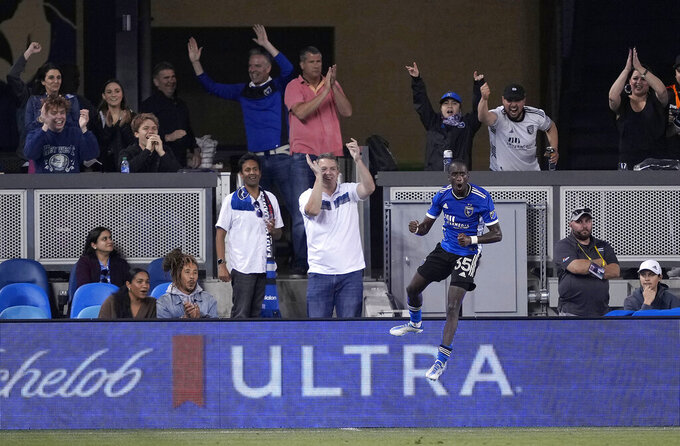 Jamiro Monteiro scored two goals, including the match-winner in the 80th minute, to lead the San Jose Earthquakes to a 3-2 victory over the Portland Timbers on Wednesday night.

Portland took a 1-0 lead in the 18th minute on a goal by Cristhian Paredes.

San Jose (3-5-4) pulled even on a diving header by Jackson Yueill in the 31st minute and took a 2-1 lead into halftime when Monteiro found the net in the 44th.

Bill Tuiloma scored the equalizer for Portland (3-4-6) in the 56th.

The Earthquakes outshot the Timbers 13-9, but Portland had a 5-4 edge in shots on goal.