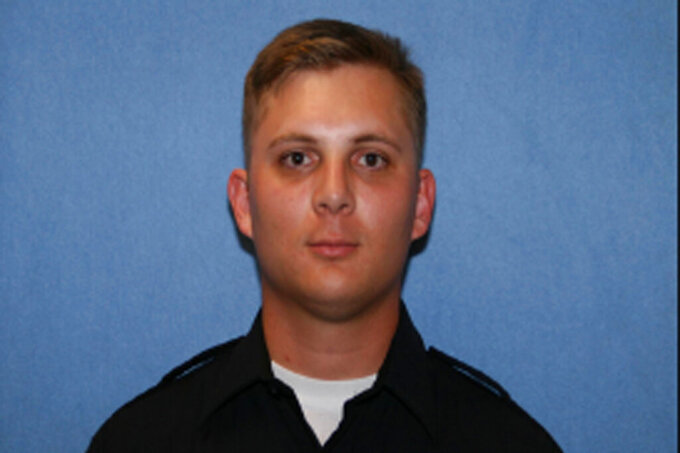 Uncredited, ASSOCIATED PRESS
In this undated photo provided by the Phoenix Police Department is Officer Ginarro New. The Phoenix police officer died after being hit by a driver who ran a red light and also died, authorities said Tuesday, June 1, 2021. The crash happened Monday night after 27-year-old Officer New entered an intersection and his police SUV was hit by another car, Phoenix police said in a statement. (Phoenix Police Department via AP)

PHOENIX (AP) — Services will be held this week for a Phoenix police officer who died last week in an on-duty collision, the Police Department announced Tuesday.

Visitation for Officer Ginarro New will be held 5-7 p.m. Wednesday at Hansen's Mortuary, followed by a funeral at 9 a.m. Thursday at Dream City Church., the department said in a statement.

The service will be followed by a ceremony with full police honors in the church courtyard.

New, 27, died the night of May 31 after his police SUV collided in an intersection with a car that police said ran a red light.

The car's driver was identified by police as 31-year old Christopher Castro.

According to police, speed and impairment were believed to be contributed factors in the crash.

New joined the department in July 2019.

He is survived by his wife, mother, brother and grandmother.