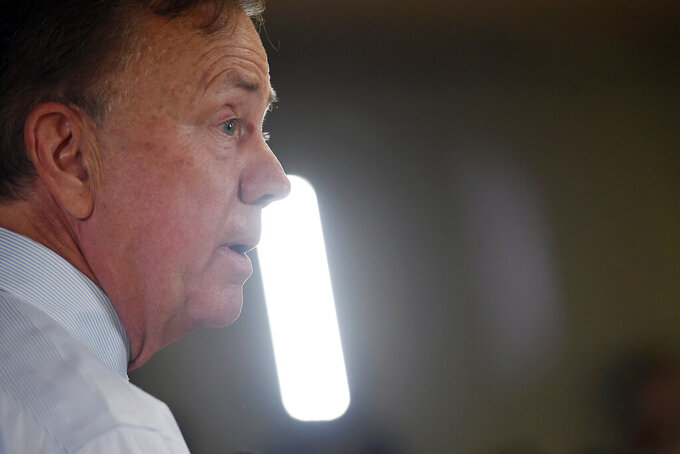 The state of Connecticut is embarking on a plan to dedicate Medicaid funds to help address the problem of gun violence and other violent crimes.

Under new legislation, financially challenged community-based violence prevention services will eventually be able to receive state and federal Medicaid funds. These programs, which are growing around the U.S., typically involve intervention at the hospital after someone has been shot and intensive case management in the months following the injury to try and break the cycle of violence.

“This is a huge step because it legitimizes the work that these amazing men and women have been doing for years,” said Rep. Jillian Gilchrest, D-West Hartford, during a ceremonial signing of the bill Tuesday.

“They’re on call 24/7. They show up at the hospital when someone has been shot. They provide this intervention in the E.R. waiting room to ensure that there isn’t retaliatory shootings in communities.” she said. “And then they go even further and provide follow-up care in the community to make sure that survivors of gun violence are getting the health care that they need.”

Connecticut's new law requires the state Department of Social Services commissioner by July 1, 2022, to amend the state's Medicaid plan so it will cover the cost of community violence prevention services for beneficiaries who have received medical treatment for an injury “sustained from an act of community violence,” such as a shooting, and have been referred for services by a licensed health care or social services provider.

Fatimah Loren Dreier, executive director of The Health Alliance for Violence and Intervention, a national network of hospital violence intervention programs, said Connecticut will be the first state in the nation to provide direct financial support for such services, just like how doctors and nurses are reimbursed for the services they provide.

“Connecticut is leading the nation in moving us a step forward by leveraging public health resources to address this emergency,” she said. Dreier cited recent research that found a 61% increase in the number of patients with injuries caused by violence in Connecticut’s hospitals since the state has reopened from the COVID-19 pandemic.

Advocates on Tuesday said they expect the federal government will agree to provide Connecticut its 56% federal Medicaid match for the services.

Meanwhile, advocates celebrated a second newly signed law aimed at reducing gun violence, including suicides. Democratic Gov. Ned Lamont previously signed into law legislation that updates Connecticut's first-in-the-nation “red flag law," initially passed in 1999 after a deadly mass shooting at the Connecticut Lottery headquarters to help authorities remove guns and ammunition from people who are danger to themselves or others.

Under this updated version, instead of allowing police officers or a state's attorney, under limited circumstances, to apply for a “risk warrant” or “risk protection order," individual family members or medical professionals can begin the process and bring about an investigation by law enforcement into whether the person poses a risk. Rep. Steve Stafstrom, D-Bridgeport, co-chairman of the General Assembly's Judiciary Committee, said family and medical personnel often have more accurate and timely information than police and prosecutors.

The new law, which takes effect June 1, 2022, also has a provision to prevent someone who is deemed a danger to themselves or others from purchasing a firearm by placing them on a list. Additionally, the automatic one-year expiration on when risk protection orders end is removed from current law, requiring people to petition to have their guns returned.