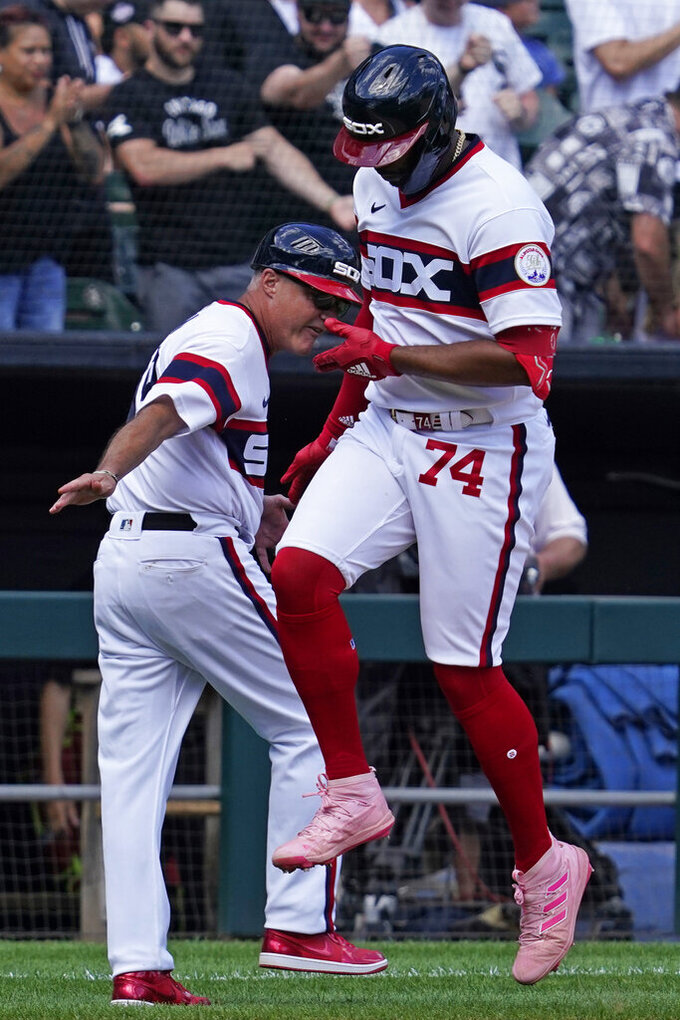 Abreu and Leury García had two hits apiece for the White Sox, who have won 10 of 15 and returned to above .500. Chicago, the preseason favorite to win the AL Central, trailed first-place Minnesota by three games entering the day.

“We’re literally in contention, so I think we’re going to be excited about it and treat every series like it’s the last one we’re going to play and know we have to get a lot of wins,” manager Tony La Russa said. “The most fun that you can have during the regular season is to get to the last two months and have a chance. It’s where everything is amped up in every moment and every at-bat. We’re in a position to do that. We just have to get the wins.”

Liam Hendriks pitched around Ramón Laureano’s double in the ninth for his 20th save in 23 opportunities.

Cease (11-4) allowed a run and four hits, striking out seven and walking one. The right-hander has won four straight starts and allowed no more than one earned run in each of his last 12 outings.

“I want to be consistent,” Cease said. “I want to be someone you can count on. So to give us a chance to win almost every time, it’s as much as I can ask for.”

Laureano homered for the A’s, who have the second-worst record in the majors but are 7-4 since the All-Star break.

Chicago scored three in the second inning to take the lead. Abreu led off with his 12th homer before Josh Harrison doubled and scored on García’s single. Seby Zavala followed with a double for a 3-1 lead.

“We didn’t have many opportunities. You’ve got to give credit to Cease,” Kotsay said. “We came out aggressive on the fastball. He immediately just went to his breaking ball. It’s a plus-breaking ball. He showed that today.”

The White Sox have one day off in the next four weeks. Cease was asked how much is left in the tank.

The White Sox announced they have agreed to terms with all 20 of their 2022 draft selections and 10 undrafted free agents.

White Sox: RHP Reynaldo López (lower back strain) said his back tightness is more serious than when he dealt with a similar issue at the beginning of the season. López went on the 15-day injured list retroactive to July 25. He has been throwing 90 feet. “I’m getting better,” he said. “I went to two different doctors to see what was going on. They were confident it was good, it wasn’t anything serious or that would need surgery.”

A’s: RHP Frankie Montas (4-9, 3.18 ERA) is scheduled to start Tuesday to open a series at Los Angeles. RHP Noah Syndergaard (5-8, 3.83) is expected to start for the Angels. Both have been the subject of trade rumors.