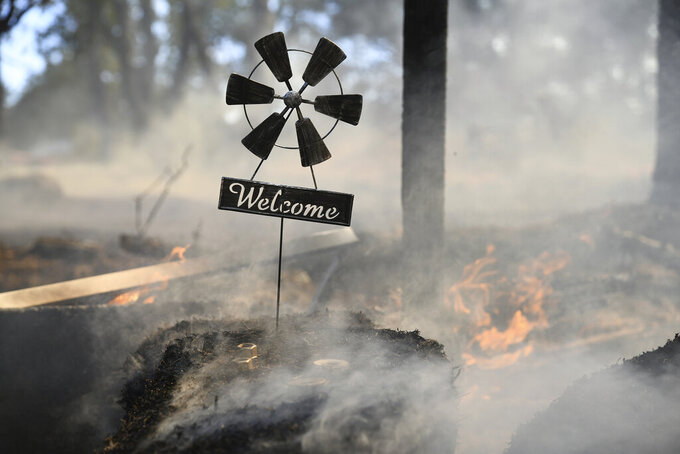 Elias Funez, ASSOCIATED PRESS
A welcome home sign sits at the front gate of a home along Troost Trail, that was saved by firefighters from the Rices Fire on Tuesday, June 28, 2022, in California's Nevada County. (Elias Funez/The Union via AP)

The Rices Fire remained at 904 acres while containment increased to 20%, the California Department of Forestry and Fire Protection said.

Firefighters were aided by cooler weather and an increase in humidity, Cal Fire said.

Injuries from the fire were heat-related problems, such as dehydration, fire officials said.

The wildfire began with a building fire Tuesday in Nevada County near the Yuba River. It burned that structure and three nearby outbuildings, fire officials said.

Some evacuation orders were lifted Thursday as firefighters made progress but Cal Fire said 250 homes and other structures in small nearby communities remained under threat.

The fire burned down to the Yuba River but did not cross over into neighboring Yuba County.