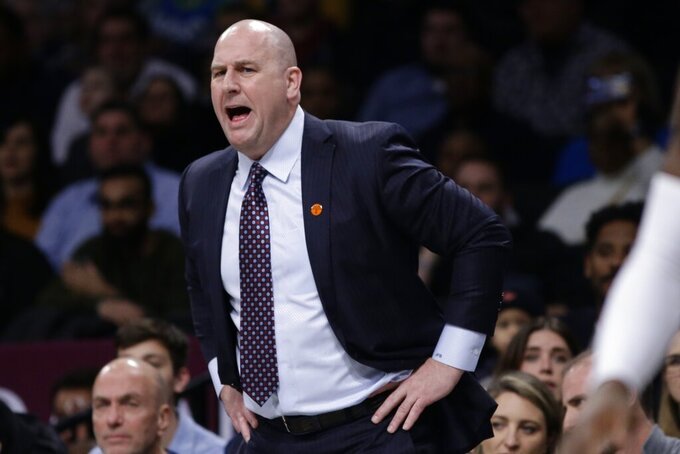 Frank Franklin II, ASSOCIATED PRESS
FILE - Chicago Bulls head coach Jim Boylen calls out to his team during the first half of an NBA basketball game against the Brooklyn Nets on Friday, Jan. 31, 2020, in New York. Coach Jim Boylen and USA Basketball will play at Puerto Rico on July 1 and Cuba on July 4 in the next round of qualifying for the 2023 Basketball World Cup.(AP Photo/Frank Franklin II, File)

MIAMI (AP) — It has taken place at thousands of basketball games in Jim Boylen’s long career as a player and coach. Moments before a game begins, the two teams line up on the court for the traditional playing of the national anthem.

That won’t be the case on Monday.

Boylen and a group of USA Basketball players and coaches will hear “The Star-Spangled Banner,” on Independence Day, in Havana — a place where few Americans have been and a place where the U.S. anthem is likely not often heard.

The U.S. will play a World Cup qualifier game at Cuba on Monday night. The Americans started this two-game qualifying window on Friday with a win at Puerto Rico, then spent the weekend in Havana preparing for this matchup.

“I’ve never done something like this,” Boylen said. “And that’s what we’ve told these guys. This group of guys, they chose to play these two games, on the road, in what I call enemy territory. And they decided to spend the Fourth of July, in Havana, when they didn’t have to do this.”

Relations between the U.S. and Cuba have been strained for decades, although in recent months, President Joe Biden’s administration has announced plans to ease at least some of the tough economic sanctions that have imposed on the island nation.

The U.S. is 30-1 all-time against Cuba in games at the senior men’s national team level, the loss coming in the 1971 Pan American Games.

But the last time the teams met in a World Cup qualifier was in November, and the game was closer than many could have imagined — the Americans having to rally in the final minutes for a 95-90 win. It was the first game of the six-game, first-round qualifying window for both teams; the Americans (4-1) have since qualified for the second round and are on pace to make next year's World Cup, while Cuba (0-5) has been eliminated and is playing only for pride Monday.

“If you’re a competitive dude, this is the stuff you live for,” Boylen said. “Everything will be stacked against us.”