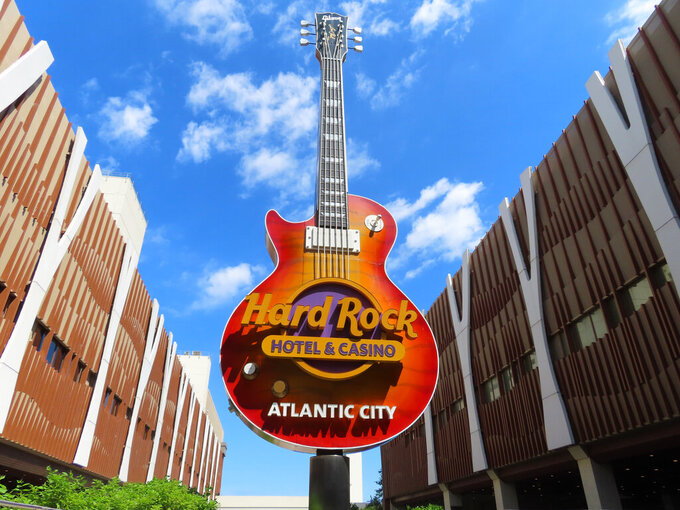 Wayne Parry, ASSOCIATED PRESS
Clouds pass behind the guitar sculpture at the entrance to the Hard Rock casino in Atlantic City, N.J., on Tuesday, June 28, 2022, the day the casino made four charitable donations to local organizations, bringing its total to $1 million since the casino opened four years ago. (AP Photo/Wayne Parry) 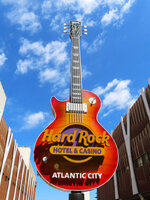 The casino donated $10,000 each to the Atlantic City Rescue Mission, CASA of Atlantic and Cape May Counties, Avanzar and Veterans Haven South.

The casino's president, Joe Lupo, said giving back to the community was part of Hard Rock's business plan long before the casino opened June 28, 2018.

“Philanthropy is in our soul and in our DNA,” he said during a ceremony inside the casino, during which actors impersonating the musicians Gene Simmons of Kiss, Cher and Prince assisted with festivities. “It has been very important for our ownership to give back to the community.”

Hard Rock International is owned by the Seminole Tribe of Florida, and the Atlantic City Hard Rock has three local investment partners.

The casino has made donations to 450 community groups in Atlantic City and Atlantic County in the four years it has been operating.

It hosted regular meetings with Black churches and community groups in the years leading up to its opening, and its owners have sponsored training and apprenticeship programs for local youths and adults to help them get jobs at the casino and in the building trades industry.

Hard Rock is the former Trump Taj Mahal casino, which closed in October 2016. Hard Rock bought the building in March 2017 from billionaire investor Carl Icahn, then gutted and renovated it.