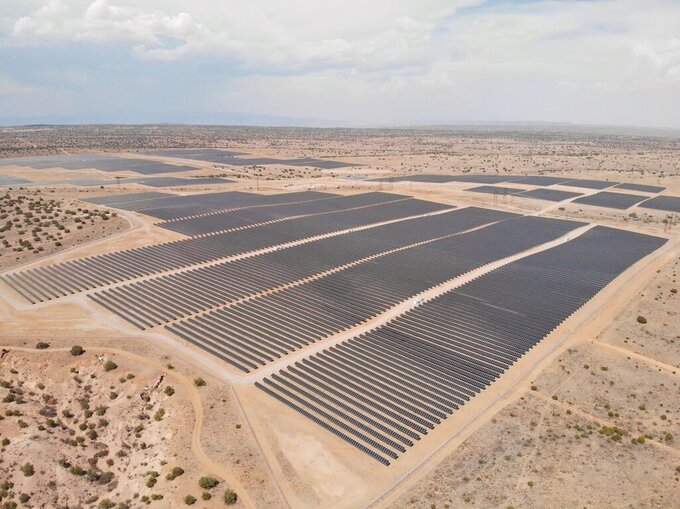 ALBUQUERQUE, N.M. (AP) — New Mexico utility regulators have nearly a year to create a set of rules for governing community solar projects in the state. But utilities say they are already being flooded with applications and requests for interconnection from prospective developers.

Under legislation approved earlier this year, the Public Regulation Commission has until April 2022 to finalize the rules. Given the interest, the commission during a meeting Tuesday approved an order making clear that existing rules regarding interconnections, in which solar power facilities are allowed to connect to and supply the grid with power, will remain in place until new rules are adopted. The order also says that an application’s place in the queue doesn’t guarantee any priority because community solar rules have yet to be established.

The legislation charges the commission with creating a framework for community solar programs, said Russell Fisk, a member of the commission staff who is part of the effort. That includes a cap on how large the programs can be within each utility and other requirements for utilities, developers and subscribers.

“It's such a comprehensive set of rules that has to be created that any current application couldn't possibly anticipate exactly what will be in the rules,” he said.

Other investor-owned utilities also are getting requests, and state officials have estimated that more than four times the total expected community solar capacity for the initial two-year period that starts in 2022 already is being requested.

State regulators were planning a workshop for later this month to talk more about the rule-making process.

Supporters of the program have said it will it complement state mandates for generating more electricity from renewable resources by expanding access to solar energy for businesses and residents who can’t install their own solar panels.

Community solar projects open the door for households and businesses that don’t have access to solar because they rent, don’t have the rooftop space or can’t afford the upfront costs of a photovoltaic system. Instead, developers build small, local solar facilities from which customers can subscribe and receive credit on their electricity bills for the power produced from their portion of the solar array.

Under the legislation approved in March, 30% of electricity produced from each community solar facility must be reserved for low-income customers and low-income service organizations.

Forty states have at least one community solar project online, with more than 3 gigawatts installed through the first quarter of 2021, according to the Solar Energy Industries Association. The industry group estimates that the next five years will see the community solar market add more than 4 gigawatts nationwide.