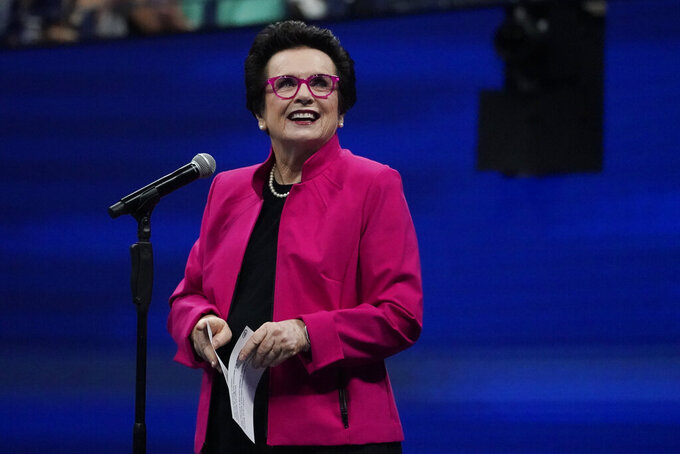 The winner of 39 Grand Slam titles will be honored Tuesday at the Seminole Hard Rock Hotel & Casino in Hollywood, Florida.

Jessica Mendoza, a baseball announcer and two-time Olympic softball gold medalist, will present the award. It celebrates individuals whose dedication to the ideal of fair play has spanned decades and whose career in athletics has had a global impact.

King helped form the Women’s Tennis Association in 1973. The WTA offered 55 tournaments in 29 countries and $179 million in prize money in 2019. She also created the Women’s Sports Foundation, World TeamTennis and the Billie Jean King Leadership Initiative.

The Sports Illustrated Awards, hosted by DJ Khaled and Cari Champion, will recognize athletes, teams and the SI Sportsperson of the Year.