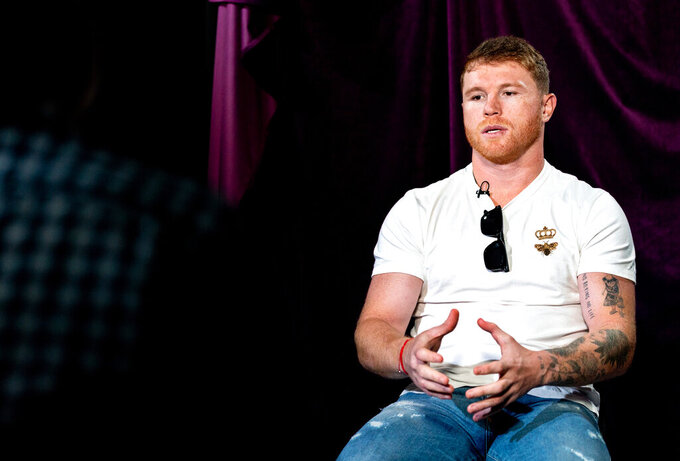 JERSEY CITY, N.J. (AP) — For those tired of the dispute between the PGA Tour and the Saudi-funded LIV Golf series, Tom Brookes has something that might be of interest.

The chief executive of Icons Series is bringing a two-day tournament to Liberty National that features 24 professional athletes from all walks of sports in a Ryder Cup-type competition.

“I think golf is so relevant right now and more so after the pandemic, that it needs an injection of innovation, fresh air,” Brookes said Wednesday. “There’s a lot of disruption and fracture in golf right now. And what we want to do is the opposite. We want to unify icons of all the sports, to unify people, to come together and enjoy an entertainment product that has a golf focus to it.”

This will be the third event in the Icons Series. The first was in Dubai in 2015 and the second in England in 2017. An event planned in Japan in 2019 was canceled because of a tsunami and earthquake days apart. The COVID-19 pandemic kept the event off course in 2021 and Brookes said returning this year was a late decision.

However, he added Icons has signed a deal for the next two years with Liberty National, which hosted the 2017 Presidents Cup and the PGA Tour's opening postseason event four times.

“I think we’ve stayed away from celebrities and just focused on athletes who by DNA are super competitive and we can try and humanize them and a different sport,” Brookes said.

Both the PGA Tour (John Deere Classic) and LIV Golf (Portland) have events this weekend, the first time Greg Norman's group is playing in the United States.

The bad feelings between the tours has intensified with the PGA Tour suspending players who have signed on for LIV Golf without seeking releases. Some players, like Dustin Johnson. have resigned as tour members. Others like Phil Mickelson and Brooks Koepka have not.

Most of the athletes playing in the Icons event understood why golfers joined LIV, with many saying they probably did what they felt was best for their families.

Els said he had a bad feeling from LIV Golf, saying he was brought up believing pure golf is a 72 holes of stroke play that includes a cut. The LIV events are 54 holes with no cuts.

Els' biggest criticism was of golf's leading tours, saying the Saudis have been coming for a while and now they have arrived in a big way. He said the tours should have considered ways for the sides to co-exist.

“That hasn’t been the case,” he said. “And now the players and everybody has been thrown into the middle. And you have to pick a side and ... it doesn’t feel right.”