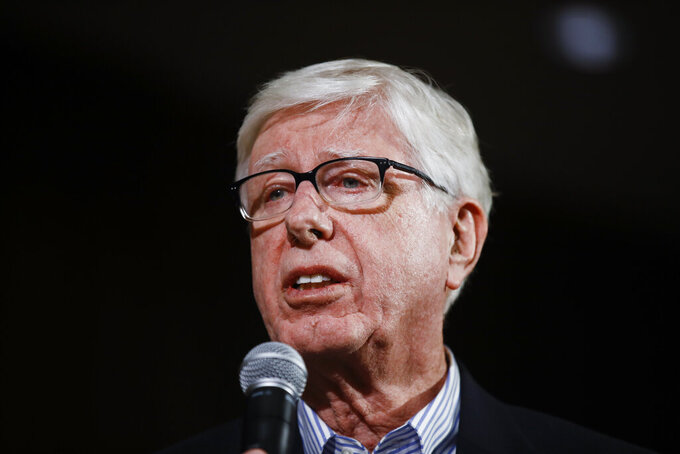 IOWA CITY, Iowa (AP) — Iowa’s open-records law is not “a well-recognized public policy” and thus does not give job protections to employees who fulfill public information requests, the state attorney general’s office contends.

Carver Kimm argues that Reynolds and Garrett pressured her bosses to strip her duties after the coronavirus pandemic began last year and ultimately forced her to resign because of her willingness to release records and data sought by journalists and the public. She alleges that the public health department, at the behest of the governor’s office, “sought to slow, stifle and otherwise divert the free flow of information" about Iowa’s pandemic response.

Her lawsuit alleges that Garrett instructed her to “hold” one request even though the information was ready, and that she was chastised for giving the New Yorker magazine records that had already been released to others and for updating the department’s website with COVID-19 data before a Reynolds news conference. The final straw, it claims, was her release of media-requested data showing abortions in Iowa had spiked by 25% in 2019.

Carver Kimm contends that her ouster a year ago was a wrongful discharge in violation of public policy. She argues that she was simply complying with the 54-year-old Iowa Open Records Act, which states that the disclosure of public records is “generally in the public interest even though such examination may cause inconvenience or embarrassment to public officials.”

The governor's chief of staff, Sara Craig, said in a statement Friday the lawsuit is “without merit."

In a brief filed this month, lawyers in the office of Attorney General Tom Miller argued that the law “does not establish a clear public policy that was jeopardized by Carver-Kimm’s termination.” Carver Kimm was an at-will employee who can sue for wrongful termination only if her firing would undermine a policy protecting her activities.

The state's lawyers wrote that ensuring public access to records does not meet the requirements for her claim to succeed under Iowa Supreme Court precedent, saying the law’s declaration of transparency “is the sort of general, vague and amorphous concept that is neither clearly defined nor well-recognized.”

Allowing every state law to be considered public policy would let employment decisions be “challenged on a plethora of bases buried throughout the code” and “eviscerate at-will employment within state government,” the lawyers argued.

Carver Kimm’s attorney hasn’t responded to the state’s arguments and a judge has yet to rule on them.

“We are not saying the Iowa Open Records Act is not important public policy,” he said.

But leaders of the Iowa Capitol Press Association and the Iowa Freedom of Information Council said Friday that the arguments by the state's top lawyers were discouraging and would send the wrong message to public officials.

“Government officials from border to border are going to see this brief and if the state prevails, public information is not going to be nearly as public,” Evans said.

Evans, a retired editor for the Des Moines Register, said the case comes in a broader context in which state agencies’ compliance with the open-records law is the worst he has seen in 50 years. He said he has received numerous complaints that the governor’s office has failed to acknowledge or fulfill information requests.

Evans and the press association, which represents the Capitol press corps, also on Friday objected to Garrett's decision to block liberal journalist Laura Belin from attending the governor’s news conference at a state building Wednesday.

Garrett turned away Belin, who runs the Bleeding Heartland blog, even though she presented a press pass from a radio station where she regularly reports. Belin asked Garrett why she had been allowed to attend another recent news conference, and he responded that “it just happened.”

“You were able to get in. I’m here now,” he responded, according to audio of the interaction. Garrett promised to review the information she provided.