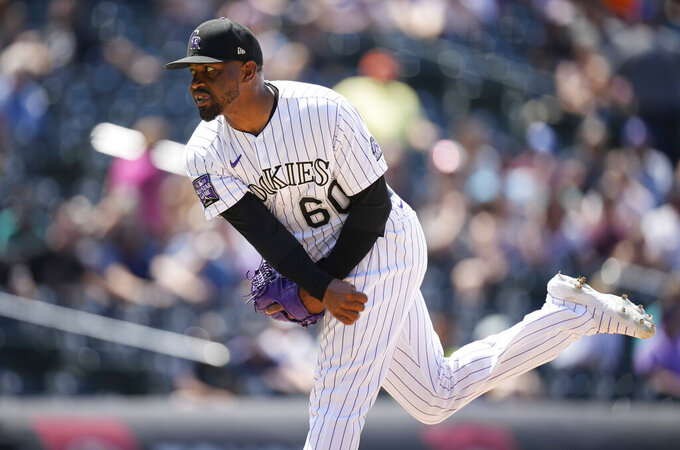 On Tuesday night, Cincinnati got relievers Luis Cessa and Justin Wilson from the New York Yankees for a player to be named.

The trio gives the second-place Reds much-needed relief help as they chase the Milwaukee Brewers in NL Central and try to keep the Cardinals and Cubs at bay.

“They come with great reports on their character, and we know their track records as pitchers,” manager David Bell said Wednesday from Chicago before the Reds played the Cubs. “We’re always looking to get better, and I think it says a lot about where we are, just as far as believing in what we’re doing and where we’re headed. Can’t wait to add these guys into the mix.”

“We looked at all three as potential upgrades to our bullpen right now that can help us for the rest of the year,” Cincinnati general manager Nick Krall said.

Injured relievers Michael Feliz, Lucas Sims and Tejay Antone should all return within the next month, Krall said.

The 19-year-old Williams heads back to the Rockies, the team that picked him in the fourth round of the 2020 draft. He was traded to the Reds last November in the deal that also brought right-hander Jeff Hoffman to Cincinnati.

Williams has pitched for the low-A Daytona Tortugas this season, posting a 5.55 ERA. The 24-year-old Davis is 3-6 with a 3.60 ERA in 13 starts with the high-A Dayton Dragons.