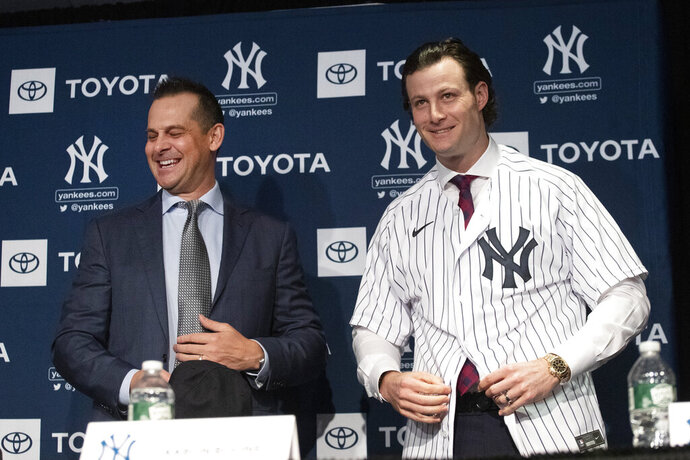 FILE - In this Dec. 18, 2019, file photo, New York Yankees manager Aaron Boone, left, smiles as Gerrit Cole tries on a Yankee jersey as he is introduced in New York. The pitcher agreed to a 9-year $324 million contract. "He's going to be a game changer for us," Yankees owner Hal Steinbrenner said. "The city's buzzing, and it's continued since the day we signed him." (AP Photo/Mark Lennihan, File) 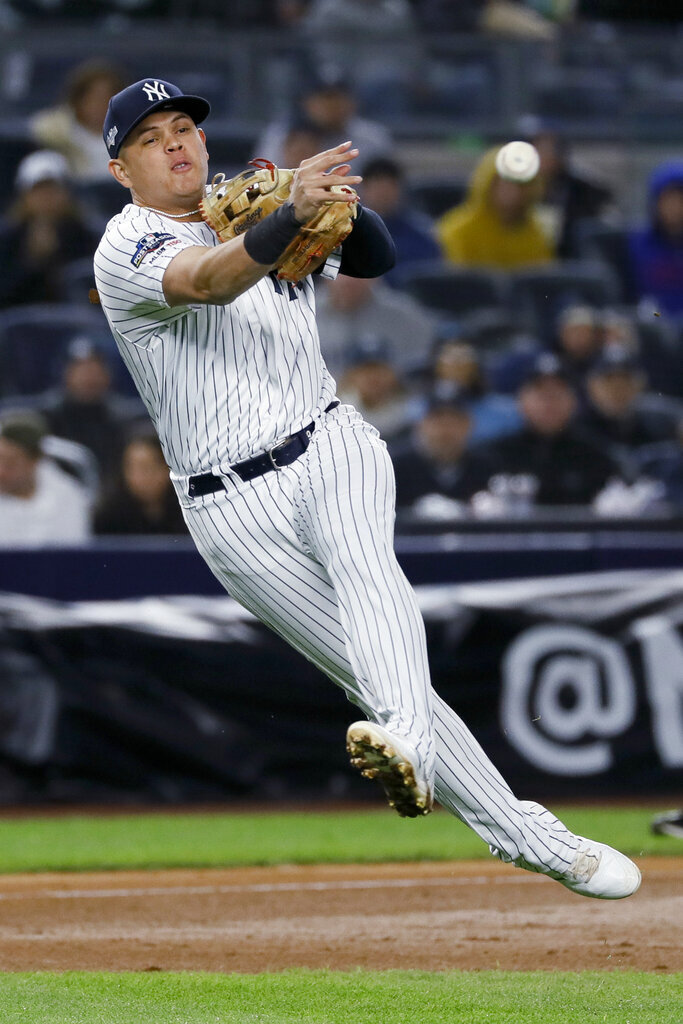