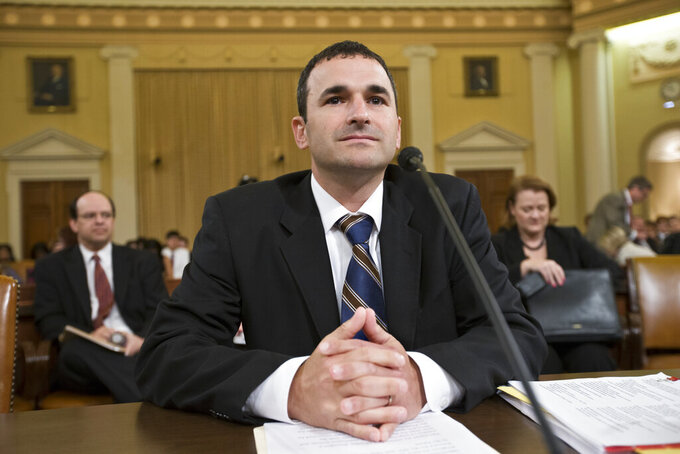 WASHINGTON (AP) — President Joe Biden on Thursday nominated a new commissioner to steer the Internal Revenue Service forward as it gets a massive funding boost. The tax collection agency's current commissioner ends his term this week.

Danny Werfel, who leads Boston Consulting Group’s global public sector practice, was nominated to replace Chuck Rettig, who had been nominated to lead the IRS by former President Donald Trump.

If confirmed by the Senate, Werfel will be tasked with planning how to spend a funding boost for the agency of nearly $80 billion over the next 10 years that was approved by Congress in August. He will also have to navigate controversy surrounding the new funding, brought by Republicans who have distorted how the new law would reform the IRS and affect taxes for the middle class.

House Minority Leader Kevin McCarthy, R-Calif., and other Republican lawmakers have claimed without evidence that Democrats would build an army of 87,000 IRS agents to conduct hundreds of thousands of new audits for people making less than $75,000 per year. Those claims have been proven to be false.

Werfel is familiar with IRS controversies. In 2013, when the agency was found to scrutinize political groups that applied for tax-exempt status, Werfel was appointed acting IRS commissioner. While a Treasury Department Inspector General report found that both conservative and liberal groups had been chosen for scrutiny, the agency's reputation suffered damage in the episode.

A White House statement issued Thursday said “Werfel provided immediate stability to the IRS” as acting leader. He navigated “numerous congressional investigations,” including “successfully launching the Affordable Care Act technology that IRS was responsible for, and navigated the IRS through a multi-week government shutdown,'' the White House said.

Werfel has worked in government under both Republican and Democratic administrations — with Barack Obama and George W. Bush — as acting IRS commissioner and Office of Management and Budget controller.

Treasury Secretary Janet Yellen has directed the IRS to develop a plan within six months of the August signing of the Inflation Reduction Act, outlining how the tax agency will overhaul its technology, customer service and hiring processes.

The challenges are immense. This year’s tax season resulted in the worst backlog in history for the beleaguered IRS, which has also been tasked with administering pandemic-related programs, including sending out stimulus checks, emergency rental assistance and advance child tax credit checks.

And at least 50,000 IRS employees are expected to retire over the next five years.