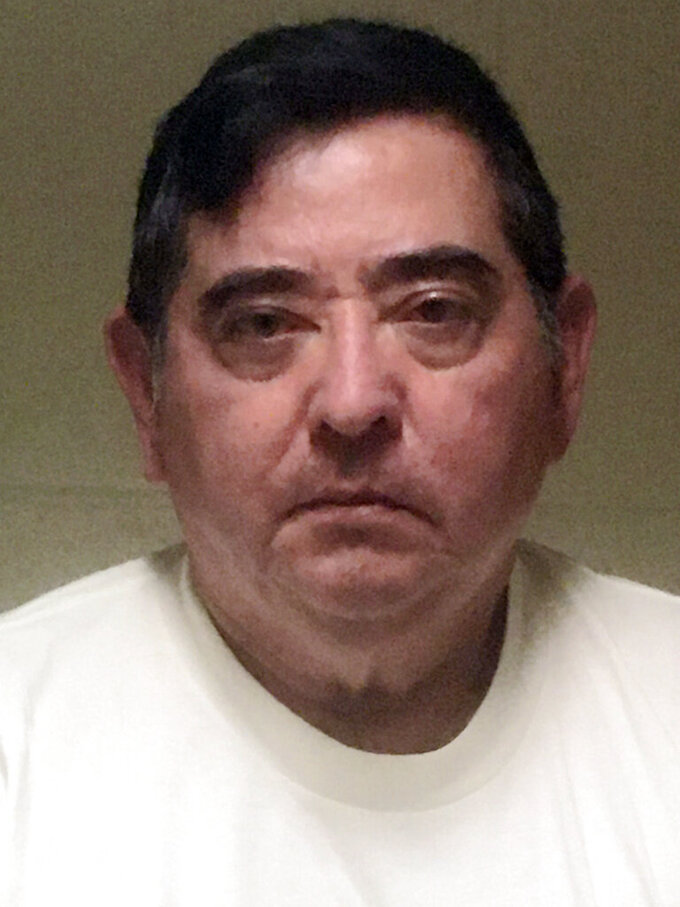 Uncredited, ASSOCIATED PRESS
In this undated photo released by Kauai Police Department is Victor Aguilar. U.S. prosecutors want a former Junior ROTC instructor at a Hawaii high school to remain locked up pending trial because he allegedly sexually abused a student and filmed the abuse. Victor Aguilar appeared for a court appearance by phone from the Honolulu Federal Detention Center on Monday, March 29, 2021. (Kauai Police Department via AP)

HONOLULU (AP) — A former Junior ROTC instructor at a Hawaii high school should remain locked up pending trial because he allegedly sexually abused a student and made video recordings of his abuse, U.S. prosecutors said.

Victor Aguilar, 65, made a court appearance Monday by phone from the Honolulu Federal Detention Center after he was charged with two counts of producing sexually explicit child pornography videos of a minor victim.

Prosecutors allege Aguilar sexually exploited the girl in his home, in his vehicle and at Waimea High School on Kauai, where he was her Junior Reserve Officers' Training Corps instructor. He also faces related sex assault charges in state court.

“The nature and circumstances of the offense reveal that while in a trusted position with ready access to minors, Aguilar abused his power and physically victimized at least one young woman,” prosecutors said in a motion asking for his detention. “The government is greatly concerned that Aguilar will reach out to contact the Minor Victim — and any other victims that the government is still in the process of identifying.”

Aguilar texted the alleged victim after he learned about the state investigation, prosecutors said.

Assistant Federal Defender Max Mizono said he reviewed the complaint with Aguilar, who understands the general nature of the two charges he faces. Aguilar did not enter a plea because that will come later in the judicial process.

A detention hearing for Aguilar is scheduled for Thursday.