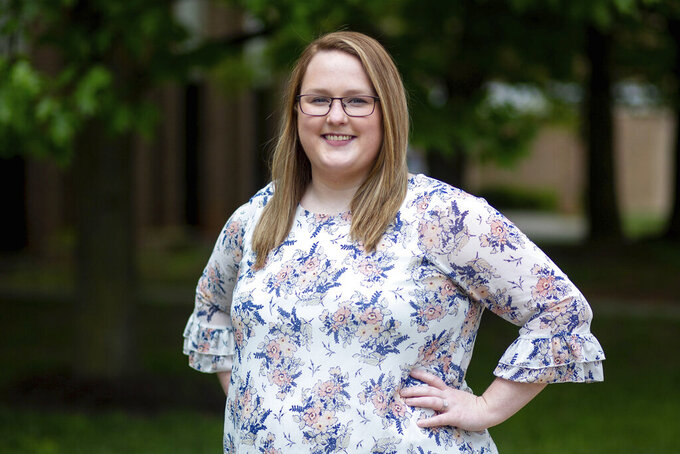 She was working full time in the emergency room at Augusta Health and going to school full time to become a registered nurse through Blue Ridge Community College.

Little did she know, her work, training and personal life were about to collide.

Her husband, Matt Fitzgerald, a Safety Services Patrol employee with the Virginia Department of Transportation, was helping a motorist with a disabled vehicle on Interstate 64 on Afton Mountain when he was struck by a tractor-trailer. He was left with life-threatening injuries.

Heather Fitzgerald doesn’t like to talk about the details of his injuries, especially now that so much of that time is behind them, but she did say that it involved a significant amount of time in the intensive care unit at the University of Virginia Medical Center, trips back forth from U.Va. after he was out of the ICU, and a lot of physical therapy.

What Fitzgerald likes to focus on is that she was able to be by his side through it all.

“I was fortunate enough that I was able to nurse him back to health and be a part of his care,” she said.

Bridget Baylor, director of public relations for Blue Ridge Community College, added to what Fitzgerald said about her role in her husband’s care by saying: “As you can imagine, her world was really turned upside down as he was in critical condition and had many surgeries and a long road to recovery. She was his primary caregiver and had to be by his side 24/7.”

Given this life-changing event, it would have been understandable if Fitzgerald’s studies had taken a back seat to nursing her husband back to health. But not for Fitzgerald. After completing so much of the rigorous program, the idea of pausing seemed too hard, she said. In fact, it allowed her some breaks from the monumental situation before her.

“It was a blessing in disguise that it was able to take my mind off things I shouldn’t be focused on” or couldn’t control, she said.

On May 7, Fitzgerald and her fellow graduating nurses participated in a virtual pinning ceremony to mark the end of two years of hard work. And last Saturday, she graduated virtually from BRCC. Graduating was exciting, but it was the Zoom pinning ceremony that was really special to Fitzgerald, because she was able to see her peers and her teachers who were so integral to her success at BRCC, she said.

Cristy Long, head of the nursing program at BRCC, worked a lot with Fitzgerald these past few months to not only make sure she graduated, but to make sure she maintained the stellar track record she had accomplished up until that point.

“Heather is a very determined young woman,” Long said. “She worked hard to keep up with her classes and clinicals and never had excuses or complaints.”

Samantha Johnston was Fitzgerald’s clinical instructor this semester and said about her student: “Heather is very determined and hard working. She has amazing communication skills and a positive attitude. The faculty could not believe how well she did in nursing school with the struggles she had with her husband’s injuries.”

Johnston said Fitzgerald showed up every week a half hour early, put together a lab review document for her peers and never had a “poor me” attitude.

“Heather is truly amazing,” she said.

Now that graduation has come and gone, Fitzgerald is looking to her future. Once she passes her NCLEX exam, also known as the National Council Licensure Examination, she will be accepting a position as a nurse in the ICU at U.Va.

Fitzgerald knows exactly how important the health care workers in the ICU are to those experience their worst day. They gave her so much comfort, she said, and she wants to do the same for others.

“It means so much to have someone who truly cares,” Fitzgerald said. “I’m just looking forward to helping people.”