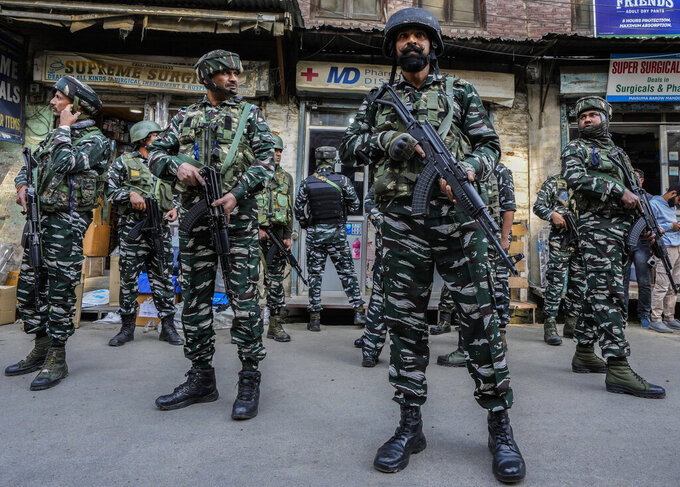 SRINAGAR, India (AP) — A paramilitary solider was killed and another wounded in a rebel attack in Indian-controlled Kashmir’s main city, while four laborers were injured in two separate attacks elsewhere in the disputed region, police said Monday.

Two militants on a motorbike opened fire at paramilitary soldiers patrolling in the main business center of Srinagar on Monday, police said. The injured soldiers were taken to a hospital, where one was declared dead.

Police and soldiers cordoned off the area and launched a search for the militants.

Police blamed militants fighting against Indian rule for the string of attacks.

There was no independent confirmation of the incidents.

Both India and Pakistan claim the divided territory of Kashmir in its entirety.

Rebels in the Indian-controlled portion of Kashmir have been fighting New Delhi’s rule since 1989. Most Muslim Kashmiris support the rebels' goal of uniting the territory, either under Pakistani rule or as an independent country.