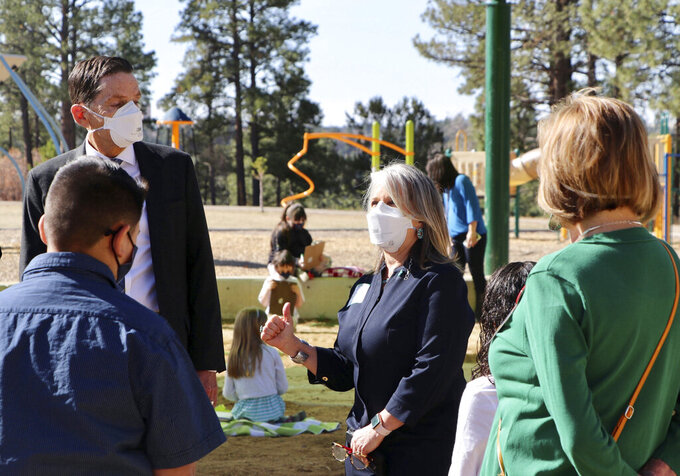 Alongside the governor at a Thursday news conference, Steinhaus said he’ll emphasize overall student well-being, including mental health, as fall classes resume in August amid a surge in coronavirus infections.

He wants New Mexico to surpass all other states when it comes to improvement in academic achievement across diverse subjects including music, and said the state will encourage school districts to spend roughly $1 billion in new federal coronavirus relief funds on education.

It's a lofty goal for new Mexico, where the state's graduation rates and other education measures have improved so slowly over the past decades that it ranks last in the country.

“The short-range goal is to jump on the energy of the first day of school,” Steinhaus said. “The middle-range goal is about the federal money that has just been approved.”

There will also be a new top cop.

Lujan Grisham named Deputy Chief of the Rio Rancho Police Department Jason Bowie as the next secretary of the Public Safety Department, which oversees the New Mexico State Police.

Lujan Grisham has seen a wave of retirements among department heads, with some citing the pressures of the pandemic.

She said that Education Secretary Stewart is stepping down for personal reasons, after serving in the position for two years.

“The simple fact for all of us is that family comes first, and I know he is looking forward to a change of pace that will allow him more time with his family at an important time for them,” she said of Stewart's departure.