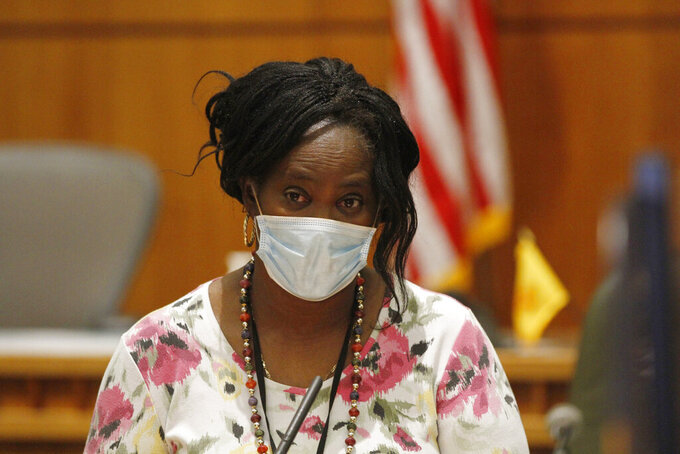 ALBUQUERQUE, N.M. (AP) — Authorities are investigating longtime New Mexico legislator Sheryl Williams Stapleton's possibly illegal connections to a company that received more than $5 million in contracts to do business with the school district where she works and whether she got financial kickbacks.

Authorities executed search warrants at the Albuquerque Public Schools offices and Stapleton's home this week as part of a criminal investigation into alleged racketeering, money laundering, illegal kickbacks and possible violations of a law governing the conduct of state lawmakers.

No charges have been filed against Stapleton, the No. 2 Democrat in the state House and a member of the chamber's education committees. Stapleton, a former teacher, began serving in the Legislature in 1995.

She also oversees career technical education for Albuquerque Public Schools, the largest school district in the state and the top employer in Albuquerque. The district serves about 20% of public school students in New Mexico.

A call to Stapleton's home went unanswered Wednesday, and she did not immediately respond to an email from The Associated Press. Her legislative office said it had no information.

Stapleton is on standard administrative leave from her position at the school district amid the investigation, Superintendent Scott Elder wrote in an email to district employees Wednesday. In the meantime, he said the district is reviewing its own practices and asked the state auditor's office to look at its procurement procedures.

“Our previous system did not establish adequate controls over this employee,” he wrote. “The internal processes failed to stop this fraud. For this, I apologize to you and the public. Most of all, I apologize to our students and their families. I'm deeply sorry for the harm done as a result of this.”

The investigation came at the request of Elder, who wrote to the state attorney general's office in April, saying he suspected Stapleton was violating state law because of her dealings with a company that provides computer software to the district.

Stapleton told the district that Robotics Management Learning Systems LLC. provided a unique interactive program called CyberQuest as justification for sole source contracting, according to a search warrant affidavit released Wednesday. The district said the program appeared to be a standardized online quiz that wasn't used by many students.

Investigators and school district officials questioned the existence of the company and found it curious that although its official address was in Washington, D.C., it had no physical presence and a post office box in New Mexico. Stapleton intervened when the company's contract with the school district appeared to be in jeopardy, providing documentation and acting as a go-between, according to a search warrant affidavit.

While it had a sole source contract for years, Robotics went through the formal bidding process in 2019. The district stuck with the company but for less than it had been paying in prior years. Overall, the district paid the company more than $5.4 million from 2006 until May 2021.

The search warrant affidavit showed that Stapleton had access to the post office box where checks were being sent to Robotics, and video surveillance showed her depositing checks from the school district for Robotics on multiple occasions.

A number listed for Robotics in the affidavit went unanswered Wednesday. In documents provided to the school district, Joseph F. Johnson Jr. was identified as the chief executive and president of Robotics. He also is listed as the president for two nonprofit organizations registered to Stapleton, the affidavit states.

They're also looking into Stapleton's legislative actions, and more than $950,000 in checks from Robotics that were made out to nonprofits Stapleton directs, a restaurant she owns and a business account she opened under “S. Williams and Associates.” From there, some money went directly to Stapleton, investigators said.

House Democratic leaders said they were shocked by the allegations against Stapleton, whom they see as a valued colleague. Nonetheless, they said they’ll investigate any allegations related to her legislative service.

“New Mexicans deserve to know that their elected officials hold the highest ethical standards and are free of corruption,” a statement from House Speaker Brian Egolf, Doreen Gallegos and D. Wonda Johnson read.

The state Republican Party said the allegations must be taken seriously and, if proven true, “they are a disturbing violation of the sacred public trust.”

This story has been updated to reflect the timing of an email sent to school district employees. The email was sent Wednesday, July 28, not last week.