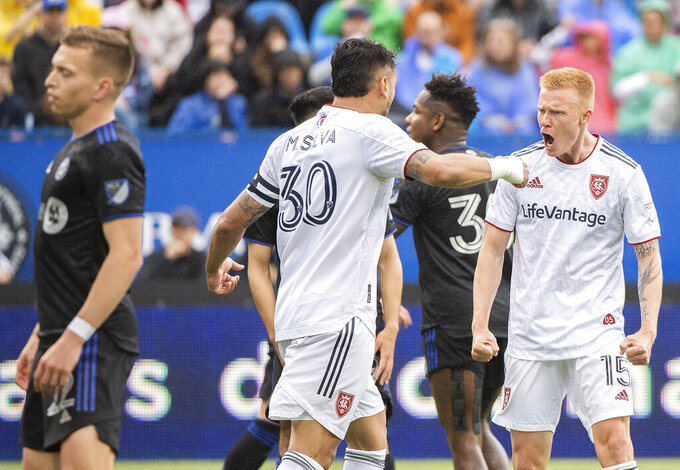 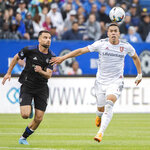 MONTREAL (AP) — Justen Glad and Sergio Córdova scored in a 12-minute span in the second half, leading Real Salt Lake to a 2-1 win over CF Montreal on Sunday.

Djordje Mihailovic scored for Montreal (6-5-2), which dropped points at home for the first time this season.

Montreal wasted no time seizing the advantage when Ahmed Hamdi found Mihailovic unmarked in the box, giving Montreal the lead 43 seconds in — the club’s third-fastest goal in MLS.

Montreal appeared to move to a two-goal lead 15 minutes later when Mihailovic found a streaking Romell Quioto, but the goal was ruled offside and disallowed.

Real Salt Lake tied the score nine minutes into the second half when Gleb scored his second of the season, heading a corner by Pablo Ruiz.

Just after the 60-minute mark, Córdova converted a powerful shot into the bottom right corner.