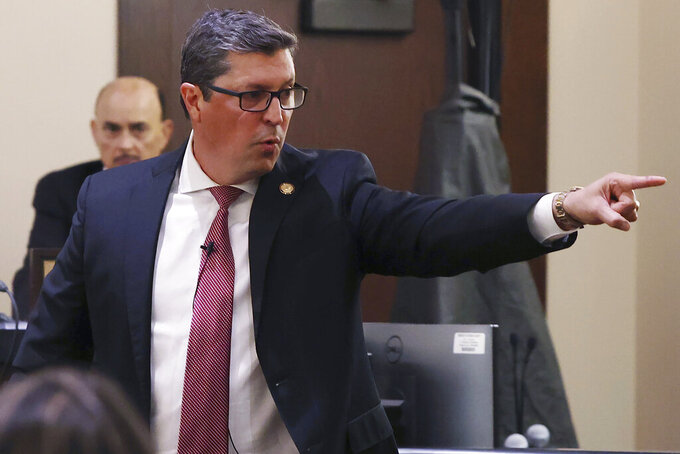 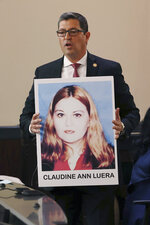 SAN ANTONIO (AP) — The capital murder trial began Monday of a former U.S. Border Patrol agent who confessed to killing four sex workers in South Texas, telling investigators he wanted to “clean up the streets” of his border hometown.

If convicted of capital murder, Juan David Ortiz, 39, faces life in prison without parole because prosecutors are not seeking the death penalty.

At the time of his arrest, Ortiz, a Navy veteran, was a Border Patrol intel supervisor. He was arrested in Laredo on Sept. 15, 2018, after Erika Pena escaped from him and asked a state trooper for help. Ortiz pleaded not guilty Monday to capital murder, aggravated assault with a deadly weapon, unlawful restraint and evading arrest.

“You will see and you will hear, through his own words, how he took each woman to their last resting place, how he executed them," Webb County District Attorney Isidro Alaniz told jurors during opening statements. “You will hear in his own words the indifference, the disrespect, the degradation that he has for these people.”

“You will hear the evidence in this own words: ‘I wanted to clean up the streets,’” Alaniz said, adding that Ortiz in Spanish called the women “dirt."

Ortiz is standing trial in San Antonio, in Bexar County, following a defense request to move the trial from Webb County due to extensive media coverage.

Alaniz also said that during the confession, Ortiz told investigators where to find the body of one of his victims.

Ortiz’s attorney, Joel Perez, told jurors in opening statements that investigators had jumped to conclusions, and that his client’s confession was “coerced.” He said his client was “broken” and “suicidal” when he made the confession after being questioned for over eight hours. Months earlier, the veteran had been put on “a bunch of psychotic pills” after seeking help when he was unable to sleep and having nightmares, Perez said.

“This is a defeated man,” Perez said.

On Sept. 14, 2018, Ortiz picked up Pena, who told investigators that Ortiz acted oddly when she brought up Ramirez's slaying. Pena testified Monday that she took off running when Ortiz pointed a gun at her in a truck at a gas station, and was crying as she approached a state trooper who was refueling his vehicle.

Each of his victims was shot in the head and left along rural Laredo-area roads. One died of blunt force trauma after being shot.

“Through the evidence, we will take you … to those last moments of these women’s lives,” Alaniz told jurors on Monday.

The Border Patrol placed Ortiz on indefinite, unpaid suspension after his arrest. When asked Monday for an update on his current employment status, a Border Patrol official said the agency doesn't comment on “pending litigation.”