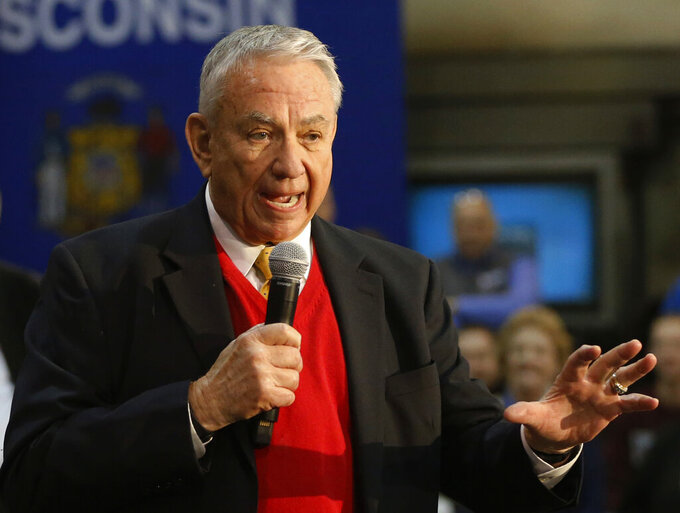 “On my way in to surgery this morning,” the 79-year-old Thompson posted on Facebook. “Had a little water skiing accident over the weekend and have to have my bicep reattached to the tendon.”

UW spokesman Mark Pitsch said that Thompson was out of surgery by Thursday afternoon, resting and recovering. Pitsch said Thompson was “already working the phones and looking forward to getting back to work.”

Thompson, a Republican, served as Wisconsin governor from 1987 until 2001, when he left to become U.S. Health and Human Services secretary under then-President George W. Bush. He served four years and then returned to Wisconsin. He ran for U.S. Senate in 2012 but was defeated by then-U.S. Rep. Tammy Baldwin, his first statewide defeat. Thompson was appointed interim UW president in July 2020.

The university's Board of Regents is searching for a permanent president to replace Thompson. That person is expected to be named early next year.

Thompson has been an active interim president during the COVID-19 pandemic. He's advocated for testing and vaccinations on campuses. Last year he shot a series of public service announcements wielding a sledgehammer to destroy a variety of objects while urging the campus community to “smash COVID.” He's also clashed with Republicans who control the Legislature over COVID-19 mandates.