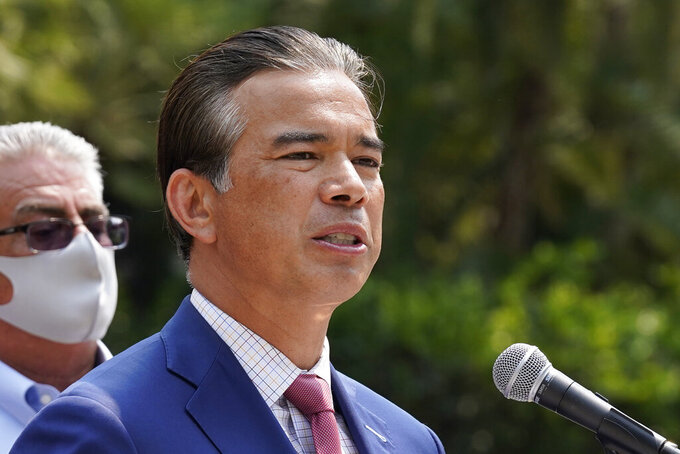 OAKLAND, Calif. (AP) — A California woman has been arrested on suspicion of masterminding a student loan debt relief scam that bilked thousands of borrowers out of more than $6 million, the state's top prosecutor announced Tuesday.

“These promises, they were lies,” Bonta said at a news conference.

A grand jury has indicted Mirabella on 87 counts including fraud and grand theft by false pretenses, as well as special allegations for money laundering in excess of $2.5 million and aggravated white-collar crime.

She was scheduled to be arraigned on Wednesday, Bonta said. An email seeking comment from Mirabella was not immediately returned. It wasn't known if she has an attorney who could speak on her behalf.

Also named in the indictment were four call center managers and two sales agents who worked for Mirabella. They are accused of stealing $6.13 million in less than three years from over 19,000 victims, including 3,000 in California, according to the court filing.

Between 2017 and 2020, sales agents contacted an estimated 380,000 student loan borrowers who were struggling to meet their monthly debt obligations. The agents pretended to be associated with the U.S. Department of Education and promised borrowers enrollment in programs that would lower their monthly payments and result in loan forgiveness.

“When borrowers became suspicious or unsure, these sales agents would allegedly apply the pressure creating fake deadlines and imply there was no other way to get student loan forgiveness,” Bonta said.

“Most victims believed these extra payments were being applied for their student loan debt. In reality, they were not,” Bonta said. “This led many of the victims to stop making their monthly payments on their actual student loans, which resulted in late payment notifications, increased loan balances and sometimes a complete student loan default.

The case was investigated by the Orange County Sheriff’s Department, the U.S. Postal Inspection Service, and the U.S. Department of Education’s Office of the Inspector General.