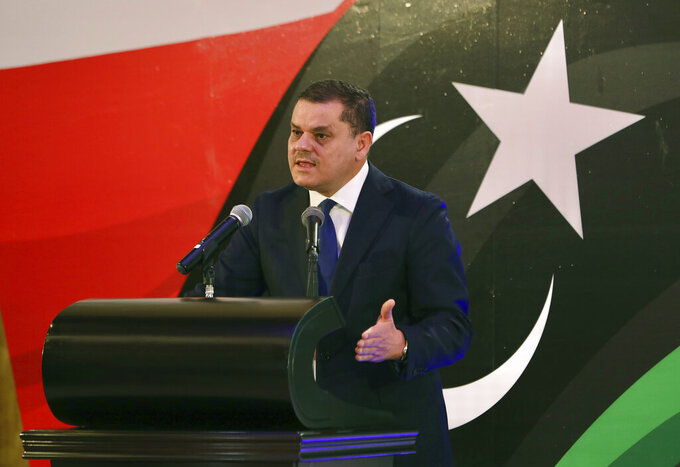 CAIRO (AP) — Italy’s top diplomat on Sunday became the most senior western official to travel to Libya after an interim government took power in the North African County.

Foreign Minister Luigi Di Maio met with Libya’s Prime Minister Abdul Hamid Dbeibah in Tripoli where they discussed ties between the two countries along with migration, according to the Libyan premier’s office.

“At a little more than a year from the Berlin conference, we have a different Libya, with united institutions which represent all the country,” he was quoted as saying by Italy’s LaPresse news agency.

He was referring to a gathering in Germany last year where regional and world powers discussed a settlement of the Libyan conflict.

Dbeibah and Di Maio discussed creating a joint committee to relaunch trade and development ties between the two nations.

Di Maio said his government would facilitate the work of Italian businesses in Libya in order to “create new opportunities on both fronts.”

“We will work for new opportunities for our business companies,” he was quoted as saying.

That interim government includes a three-member presidential council a Cabinet headed by Dbeibah. Its appointment has revived hopes of stability in oil-rich Libya.

Libya was plunged into chaos when a NATO-backed uprising in 2011 toppled longtime ruler Moammar Gadhafi, who was later killed. Since then, the country has become the major transit point for African and Arab migrants hoping to reach Europe.

Italy has a contentious deal with Libya that facilitates the return of Europe-bound migrants to detention centers in the conflict-stricken country. That deal has stirred up sharp criticism from humanitarian groups.