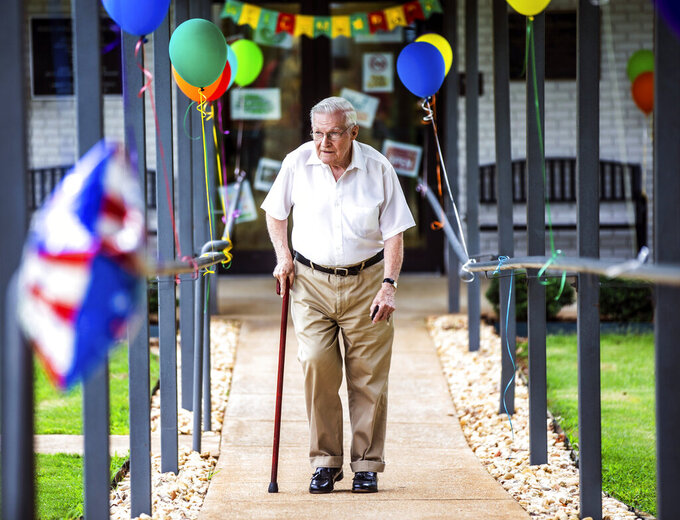 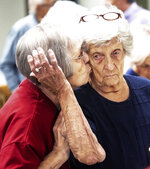 MUSCLE SHOALS, Ala. (AP) — There was an overlying theme among the more than two dozen senior citizens who returned to the Muscle Shoals Living Center.

While they were glad to participate in exercises and bingo, the main reason the men and women who frequent the center were glad to be back was being around each other once again.

Muscle Shoals and Sheffield welcomed returning seniors on June 8 after their respective directors and mayors gave the green light to reopen.

The Muscle Shoals Living Center was decorated with balloons and streamers. Signs posted on the front door welcomed the seniors back. A large sheet cake was cut at noon after comments from Assistant City Clerk Elaine Coan and Mayor Mike Lockhart.

“I’m so thankful you guys are able to be back,” Lockhart said.

“Y’all have been on her mind since day one,” the mayor said.

Coan said Nichols planned the welcome back event for weeks.Seniors like Martha Brackeen and Thomas Burcham traded barbs in a jovial way.

“I’m glad to be with people, even idiots,” she said, jokingly. “We joke up here. We have a good time.”

Burcham said he missed his friends and added, tongue in cheek, even some of the ones he doesn’t like. Many of the seniors said they live alone and the center is the place where they can come and visit with their friends and spend time with others.

“When you live by yourself it’s a lifesaver,” Brackeen said of the center.

“We’re happy to see each other again,” Doris Snider said.

Several seniors said they have received two doses of the COVID-19 vaccine and were comfortable to return.

Bettye Staggers said she’s been coming to the center for about three years.

“I love people and I love to talk and I love my friends,” Staggers said. “I love the food. It’s a beautiful place.”

The seniors have a trainer who helps them with exercise classes. Being with each other serves as motivation during the classes.

Harold Sparks said he’s been attending the center for the past seven years.

“I’m glad to be back,” Sparks said. “I miss the exercises and, of course, I miss the friendships.”

Sparks said he lives alone since the deaths of his wife, daughter, son and his dog. Along with the people of his church and Sunday school, the seniors at the center, he said, are his family.

“We have it decorated for our people and we’re happy to have them back,” Montgomery said.

She said the center was closed from March 2020 until Tuesday. Montgomery said there are no restrictions on what the seniors can do at the center.

She said the center has karaoke every Tuesday night.