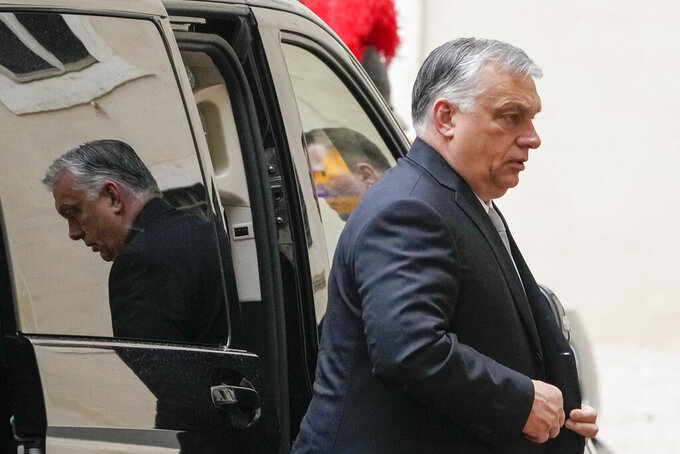 Prime Minister Viktor Orban said in a Facebook video that the cap on gasoline and diesel prices, which the government fixed in November at 480 Hungarian forints ($1.33) per liter, would continue until July 1. The cap on fuel prices was set to expire on Sunday, and this was the government's second extension.

A limit in place since Feb. 1 on the price of basic food items such as sugar, flour, sunflower oil, pork legws and chicken breasts will also remain in place until July 1, Orban said. Hungarian retailers are required to keep the prices of those products at or below where they stood on Oct. 15, 2021, and must ensure the items remain in stock.

Hungary's government implemented the price caps in response to surging inflation and record weakness of the forint against the euro. Inflation in Hungary reached 8.5% in March, and the country's central bank predicted this week it could exceed 9% by year's end.

Energy prices in Europe ballooned further following Russia's invasion of Ukraine. Orban's government has been keen to insulate Hungarians from the economic fallout.

The nationalist prime minister has lobbied heavily against applying European Union sanctions to Russian energy imports, on which Hungary is reliant, to keep down the cost of fuel and household utilities.

“Prices are rising all over Europe, and the main reason is the war,” Orban said Wednesday. “Until the war is over, prices will continue to rise. But we cannot stand by and watch this.”