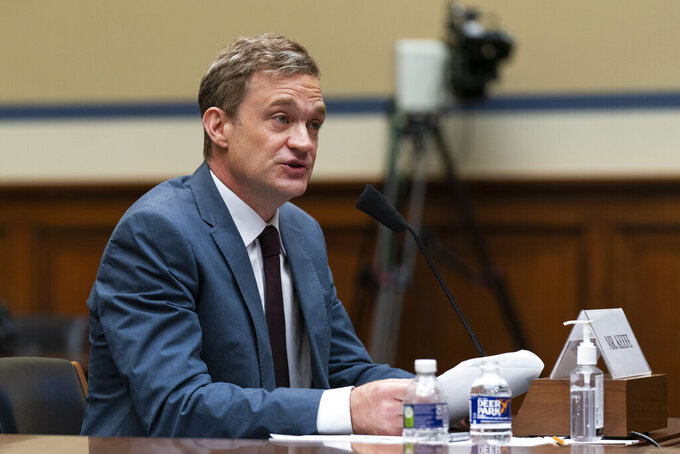 Patrick Radden Keefe’s “Empire of Pain: The Secret History of the Sackler Dynasty” was awarded the 50,000 pound ($67,000) Baillie Gifford Prize during a ceremony at London’s Science Museum.

Keefe’s book chronicles the billionaire Sackler clan, owner of Purdue Pharma, whose members used their fortune to fund museums and art galleries around the world. A reckoning has come with the revelation that much of that fortune was based on OxyContin, a powerful prescription painkiller that the company developed in the 1990s and marketed aggressively to doctors.

“Empire of Pain” traces the rise of the family’s fortunes under three doctor brothers and their children, and its downfall in a web of lawsuits and bankruptcy proceedings.

Keefe said it was “a portrait of three generations of one family behaving very badly, but also on a deeper level a story about systems and about impunity.”

Amid protests over its role in the opioid business, the Sackler name has been removed in recent years from wings and galleries at institutions including the Louvre in Paris and the Serpentine Gallery in London. Institutions including Britain’s National Portrait Gallery and the Tate galleries have stopped taking the family’s donations due to its role in the opioid crisis, which has been linked to more than 500,000 deaths in the U.S. alone since 2000.

Some opioid deaths have been attributed to OxyContin and other prescription painkillers, though most are from illicit forms of opioids such as heroin and illegally made fentanyl.

Sackler family members have denied wrongdoing, although their company has pleaded guilty twice to federal crimes over their opioid practices. In September a U.S. federal judge gave conditional approval to a settlement that would remove the family from ownership of Purdue and reorganize the business into a charity-oriented company whose profits would go to government-directed efforts to prevent and treat addiction.

Accepting the prize, Keefe thanked “all of the many lawyers who advised me about what to do with all the incoming mail” when facing threats from the Sackler family during his work on the book.

“It wasn’t a situation where I ever thought about bailing, particularly under pressure from the family,” he told The Associated Press. “If anything, some of the pressure that I got persuaded me that I was probably on the right track.”