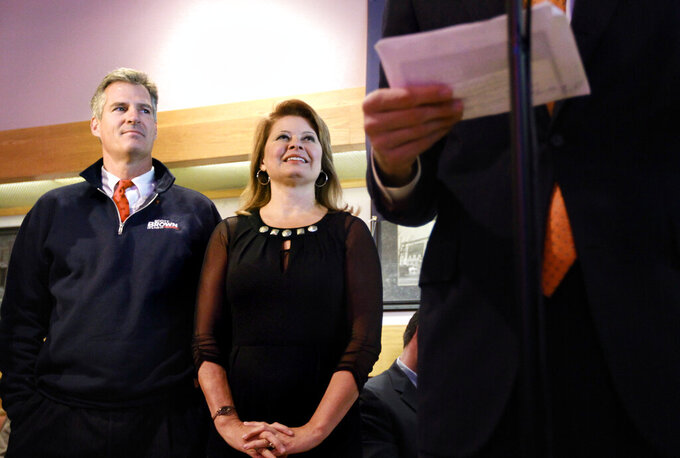 Huff Brown told WMUR-TV that the “tipping point” that convinced her to become a candidate was President Joe Biden’s handling of the U.S withdrawal from Afghanistan.

She joins five other Republicans who have already declared their candidacies and seek to challenge incumbent Chris Pappas, a Democrat who is serving his second term. They are Karoline Leavitt, Tim Baxter, Matt Mowers, Julian Acciard and Gilead Towne.

In the 2nd District, Republican Jeff Cozzens, owner of Schilling Beer Co. in Littleton, is a candidate for 2022, hoping to challenge U.S. Rep. Annie Kuster, a Democrat serving her fifth term.

WMUR reports Cozzens is a former U.S. State Department employee and a private consultant advising government agencies, including the Department of Defense, helping them understand and combat Islamic terrorism.

He said his decision to run was prompted by what he calls the “abject failure” of the Biden administration and the Democratic majority in the House and Senate on both the national security and domestic fronts.