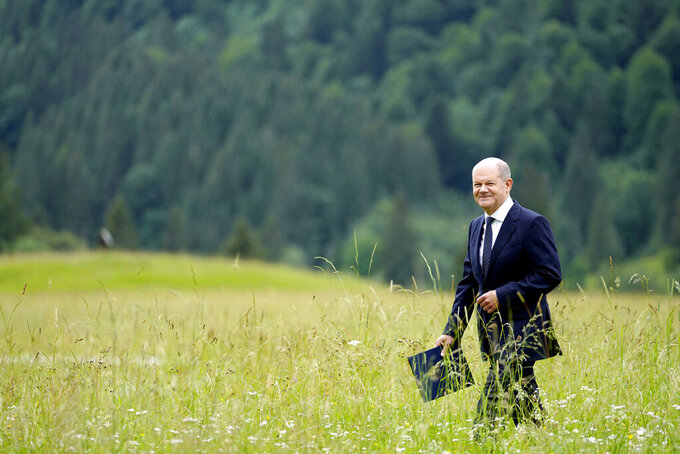 BERLIN (AP) — A spokeswoman for Olaf Scholz says the German Chancellor doesn't feel the need to apologize to a reporter for curtly dismissing her question at the end of the Group of Seven summit he hosted this week, prompting widespread criticism.

Rosalia Romaniec, a Polish-born journalist for German broadcaster Deutsche Welle, had asked Scholz on Tuesday whether he “could elaborate” on the security guarantees for Ukraine discussed by G-7 leaders during their summit.

The reply was widely seen as an unnecessary snub to a veteran reporter seeking details about one of the most important issues discussed at the three-day meeting in the Bavarian resort of Elmau.

Opposition lawmaker Hermann Groehe of the Christian Democrat accused Scholz of being disrespectful with his reply. “Completely inappropriate way of handling a journalist's question," he wrote on Twitter.

Government spokeswoman Christiane Hoffmann said Wednesday that Scholz had responded at greater length to a similar question about security guarantees for Ukraine.

Asked whether he planned to apologize for his handling of the situation, she said: “The chancellor is not of the opinion that an apology would be necessary there.”