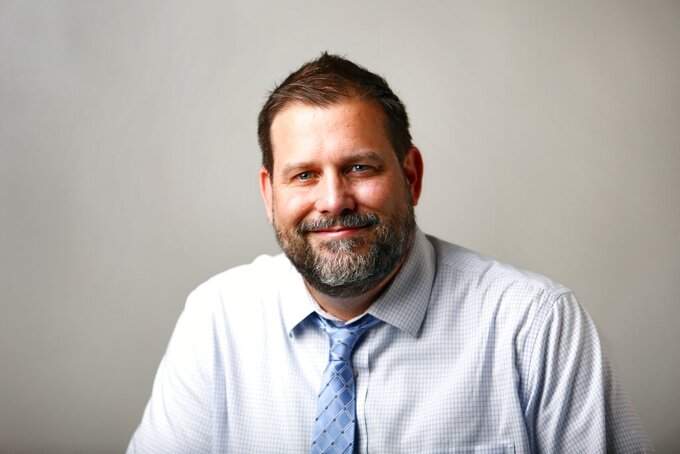 Wade Spees, ASSOCIATED PRESS
Mitch Pugh was named editor-in-chief for the Chicago Tribune on Tuesday Aug. 10, 2021. Pugh was the executive editor of The Post and Courier in South Carolina. (Wade Spees/The Post And Courier via AP)

CHICAGO (AP) — A new executive editor promising to maintain a focus on accountability journalism will lead the Chicago Tribune, joining the newsroom months after a hedge fund took over the paper and others owned by Tribune Publishing.

Mitch Pugh comes to the Tribune after eight years as the executive editor at The Post and Courier in Charleston, South Carolina.

The Chicago Tribune reports that Pugh, 47, grew up in Riverton in central Illinois and graduated from the University of Illinois Springfield. His first job in journalism was as a part-time sports reporter at The State Journal-Register.

He later moved into editing, working at newspapers in Colorado, Missouri and Iowa before his selection as the Post and Courier's top editor in 2013.

During his time as editor, the paper won a 2015 Pulitzer Prize for public service journalism. The paper also was named as a finalist for four other Pulitzer Prizes.

”For me, watchdog and accountability journalism has to be at the heart of everything we do every day,” Pugh said. “And that’ll be where we start.”

Tribune General Manager Par Ridder said in a memo to employees that Pugh was the right person to lead the paper "given his significant journalistic achievements, leadership skills and experience driving digital subscriber growth.”

Editor-in-chief Colin McMahon is stepping down after 18 months. The 58-year-old is an Ohio native who joined the Tribune in 1987 and worked as a copy editor, foreign correspondent and a Tribune Publishing national editor before taking the editor-in-chief post in February 2020.

More than 40 Tribune journalists have since accepted a voluntary buyout.

”After a dozen years in leadership roles throwing myself at this goal — including the last 18 months of unprecedented challenges — I feel it’s time to move on,” McMahon told employees in a separate memo Tuesday. “As we enter a new era at Tribune, I believe the newsroom will benefit from an injection of new energy and commitment.”

McMahon declined to comment about his future plans. Ridder's memo said McMahon is leaving the company.