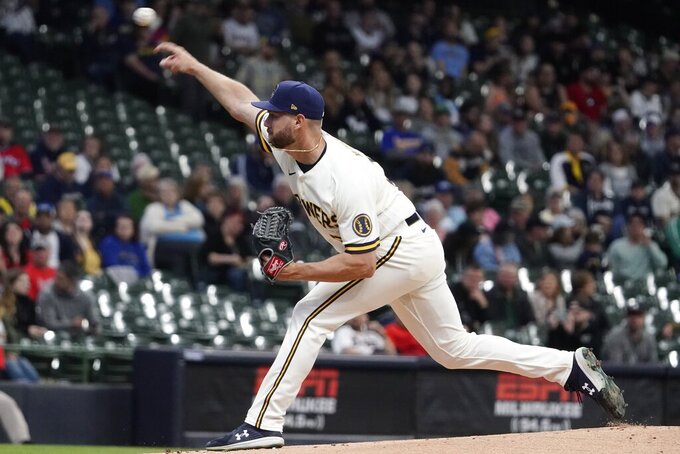 López will receive $2.45 million rather than the $3 million he requested, according to the decision by Allen Ponak, Scott Buchheit and Brian Keller, who heard the case Friday.

Houser will get $2.425 million instead of the $3 million he asked for. Howard Edelman, Mark Burstein and Robert Herzog heard the case on May 4.

The decisions had been withheld pending the case of injured Baltimore pitcher John Means, who avoided arbitration when he agreed last weekend to a two-year contract worth $5.925 million.

López was eligible for arbitration for the first time after earning $595,000 last year.

Houser was eligible for arbitration for the first time and is 3-4 with a 2.98 ERA in eight starts this season, striking out 35 and walking 19 in 42 1/3 innings.

No statistics or evidence from after March 1 are admissible other than contract and salary comparisons, timing set when Major League Baseball and the players’ association agreed to the deal that ended the lockout.

Arbitration hearings usually are held during the first three weeks of February but were delayed by the lockout.