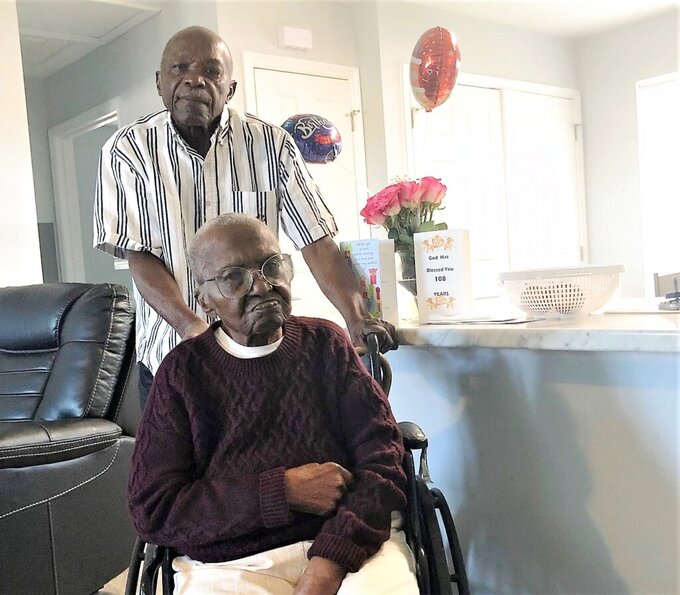 CAMERON, S.C. (AP) — ​​Lillie Bell Preston doesn’t talk much, but her hearing and mind are sharp enough to let people know she’s doing just fine after having lived for more than 100 years.

Born November 13, 1912, the Cameron resident celebrated her 109th birthday among several loving family and friends at her residence last Saturday.

“I feel all right,” Preston said.

She nodded in agreement when asked if she had a good time at her birthday celebration.

Preston lives with her 83-year-old son, Frank, who said it was “nice” to still have his mother around after more than a century.

He described her as a good mother to him and his three siblings, James, Beatrice and Albert.

“It was very nice and beautiful,” he said of his mother’s birthday celebration, which included her children, grandchildren and other relatives, along with some members of her church, St. Peter AME Church in Cameron.

Frank said his mother can go to the bathroom on her own and take steps with the help of her cane, but mostly spends time comfortably at home in her wheelchair. A home care assistant comes in twice a day to assist with her personal needs.

“She doesn’t go out anymore. The only place she go now is to the doctor and back. She got her right mind and everything. Sometimes she answers the phone and talks to the kids,” Frank said, noting that his mother still has a strong appetite for some of her favorite foods.

Born to the late Tony and Annie Robinson, Preston was born on a farm and had one sister and two brothers. She is the only surviving child of the couple, and her mother lived to be 100.

Frank said his mother helped raise chickens and hogs on the farm and attributed her longevity to her strong work ethic and “eating things straight from the garden.”

He said his mother also has a special “cream in a white bottle” that helps her stay relatively wrinkle-free.

Preston was also a good cook back in her younger years, with her employment history having included served as a cook at Saint John Elementary School in Calhoun County.