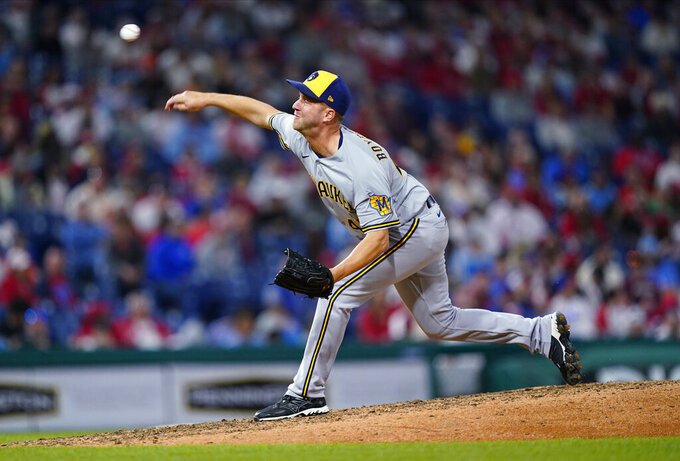 In other moves Thursday, the Brewers claimed right-hander Tyson Miller off waivers from the Texas Rangers and reacquired catcher Payton Henry from the Miami Marlins for 17-year-old outfield prospect Reminton Batista.

By declining the team option on Boxberger, the Brewers now must pay him a $750,000 buyout instead.

He made 70 appearances this season and 71 in 2021 to lead the Brewers in that category both years.

“Box did a great job for us,” Brewers president of baseball operations Matt Arnold said. “He was exposed to waivers and did not get claimed, which gave us information that the market did not value him at the level of the option value."

“I have spoken to both Box and his agent, and they've always been great to deal with. There is always the opportunity to bring him back, and we can absolutely remain in touch with him as he explores free agency," he said.

The Boxberger move comes two days after the Brewers picked up the $10 million 2023 team option for second baseman Kolten Wong.

Henry, 25, batted .143 with no homers and four RBIs in 15 games for the Marlins this season. He was part of the Brewers organization from 2016-21 before getting sent to the Marlins in a July 2021 trade that brought right-hander John Curtiss to Milwaukee.