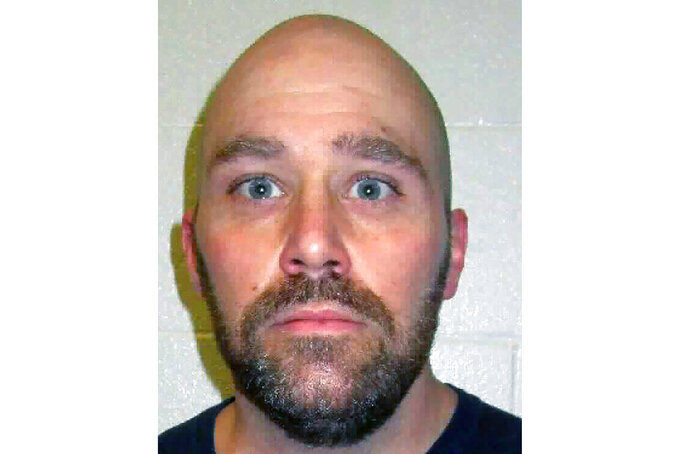 Uncredited, ASSOCIATED PRESS
FILE - In this March 2021, file photo provided by the Nevada Department of Corrections, shows convicted murderer Zane Michael Floyd, 45, an inmate at Ely State Prison. A second condemned inmate is asking a federal judge in Las Vegas to add him to legal challenges being made to the never-before-used method that Nevada prison officials want to use for their first lethal injection in 15 years. Attorneys for Floyd said at a hearing Friday, July 23, 2021, they want to add Joseph Weldon Smith to their effort to prove the state's plan to administer drugs never before tried in any lethal injection in any state would be unconstitutionally cruel and painful. (Nevada Department of Corrections via AP, File) 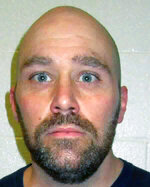 LAS VEGAS (AP) — A second condemned inmate is asking a federal judge in Las Vegas to add him to legal challenges being made to the never-before-used method that Nevada prison officials want to employ for their first lethal injection in 15 years.

Attorneys for Zane Michael Floyd said at a hearing Friday they want to add Joseph Weldon Smith to their effort to prove the state’s plan to administer drugs never before tried in any lethal injection in any state would be unconstitutionally cruel and painful.

"It would be a venture into the unknown," Assistant Federal Public Defender David Anthony said.

“Nevada’s drug combination is likely to result in a torturous execution,” Dunham said in an email. “Because it is untested — and cannot ethically be tested — we don’t know how it will work and if it will work properly.”

U.S. District Judge Richard Boulware II did not make an immediate decision about adding Smith to Floyd’s case during a hearing focusing on schedule-setting and procedural matters.

The judge previously issued a stay of execution until at least Oct. 18, and he plans hearings the week of Oct. 4.

Appeals also are pending before the Nevada Supreme Court and 9th U.S. Circuit Court of Appeals. Anthony noted the state judge in Las Vegas who issued his formal stay of execution this week has a court hearing in Floyd’s case scheduled Nov. 12.

Floyd, 45, does not want to die. He was sentenced in 2000 for killing four people and wounding a fifth in a shotgun attack at a Las Vegas grocery store in 1999.

Smith, 81, is being treated for kidney failure with dialysis at a state prison medical facility in Carson City.

He was sentenced to death in 1992 in the 1990 strangulation and hammer slayings of his two stepdaughters in Henderson. He also is serving life in prison without parole for killing his wife and was convicted of a hammer attack on his landlord.

Anthony and colleague Brad Levenson argue in a 66-page document filed Thursday that the state can't provide Smith with dialysis at the state prison in Ely, where the state’s new lethal injection chamber has remained idle since it was completed in 2016 at a cost of $860,000.

The last person put to death in Nevada was Daryl Mack in 2006 for a 1988 rape and murder in Reno. His execution was at the state prison in Carson City. Mack asked for his sentence to be carried out.

Nevada prison officials plan use at least three drugs to kill Floyd, including the powerful opioid fentanyl, the sedative ketamine and a heart-stopping salt, potassium chloride.

In an alternate four-drug procedure, the muscle paralytic cisatracurium also would be used to stop the diaphragm to prevent breathing before the heart-stopping agent is administered.

Ketamine, commonly known as a date-assault drug, can induce “hallucinations, delirium and psychosis,” Floyd's defense attorneys said, preventing the condemned inmate from ”comprehending the reasons for the penalty or its implications.”

Dunham agreed with the defense lawyers’ arguments that Nevada’s drug combination could leave the inmate awake, unable to move and suffocating while he is strapped to a gurney.

No state has used ketamine or the fentanyl substitute that Nevada listed, Dunham said.

Potassium acetate, also used as an aircraft de-icer, was mistakenly used by Oklahoma in a 2015 lethal injection, he said.

The Washington-based nonprofit gathers data about capital punishment in the 28 states with the death penalty. Two states, Missouri and Texas, currently have executions scheduled.

Nebraska used fentanyl in a four-drug combination in 2018, and some states have used cisatracurium as a paralytic drug, Dunham said.

Results of more than 200 autopsies of prisoners put to death by lethal injection showed “an extremely high probability that a person killed by this method will experience pulmonary edema — fluid in the lungs — and air hunger, while feeling an excruciating chemical burn from the potassium,” he said.

They argue that some drugs that prison officials have obtained for Floyd’s execution will expire by November.

The maker of the ketamine — New Jersey-based Hikma Pharmaceuticals USA Inc. — has threatened to sue if the state intends to use its product in an execution.