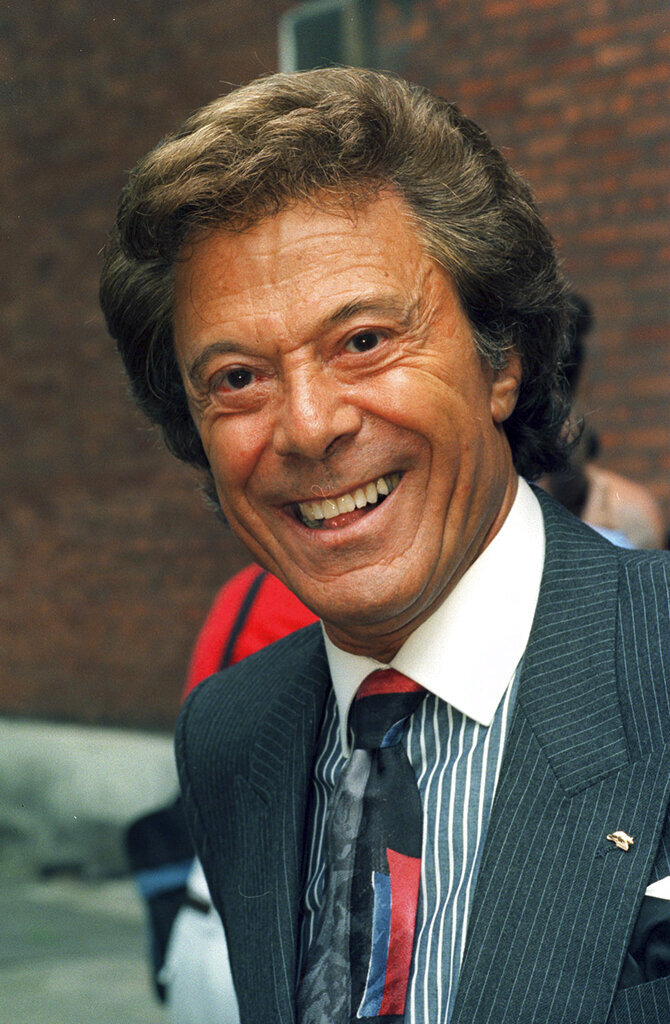 Fiona Hanson, ASSOCIATED PRESS
FILE - British entertainer Lionel Blair poses for a photo, July 7, 1995 in London. Blair has died at the age of 92, it was reported on Thursday, Nov. 4, 2021. (Fiona Hanson/PA via AP, File) 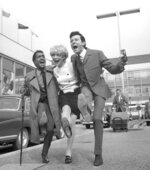 LONDON (AP) — Entertainer Lionel Blair, who taught himself to dance by watching Fred Astaire movies and became a staple on British stage and television for decades, has died. He was 92.

Blair’s agent said he died Thursday. No cause of death was given.

Blair was born Lionel Henry Ogus in Montreal to Russian Jewish parents. The family moved to Britain when he was a toddler and settled in London, where he and his sister Joyce performed for people sheltering in subway stations during World War II bombing raids.

He began his career as a teenage actor, but soon focused on dancing, taking the stage name Lionel Blair.

“I really wanted to be an actor,” he said in 2014. “I was the breadwinner after my father died when we were quite young, and I got into a musical, became well-known and stayed in musicals. But really I want to be in (soap opera) ‘EastEnders.’”

He became close friends with Sammy Davis Jr. after the two performed a dance-off at a royal variety performance in 1961 at London’s Prince of Wales Theatre.

He performed as a dancer, worked as a choreographer for television shows and during the 1960s, 70s and 80s was an increasingly prominent presence on TV variety and game shows. He was a panelist on charades-based game show “Give Us a Clue” and a presenter on the U.K. version of “Name That Tune.”

He made several film appearances, including as a choreographer in The Beatles’ 1964 caper “A Hard Day’s Night” and in the 1986 musical “Absolute Beginners."

He was an annual star of the hugely popular seasonal stage shows known as Christmas pantomimes, and also appeared in reality TV shows “Celebrity Big Brother” in 2014 and “The Real Marigold Hotel” in 2017.

Fellow entertainers remembered Blair as an irrepressible, upbeat presence both onstage and off.

His style was often called camp, but Blair said “I prefer ‘flamboyant’, or ‘enthusiastic.’ I’ve always been a bit over-the-top.”

Blair is survived by his wife Susan, three children and three grandchildren.