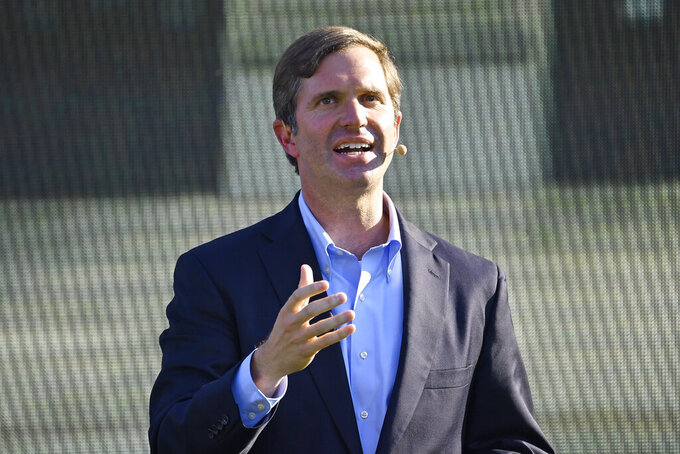 The Kentucky-based home appliances business signaled that it's targeting upgrades across operations at its massive Louisville production complex — known as Appliance Park. That includes increased production of clothes washers and refrigerators, the introduction of new refrigerator-freezer models and a new assembly line to support its kitchen cleaning business.

The announcement puts the Bluegrass State on an economic development winning streak, coming close on the heels of plans for a multibillion-dollar investment by Ford and its battery partner, SK Innovation of South Korea, to build twin battery plants at Glendale, Kentucky, to help power the automaker's next generation of electric vehicles.

Kentucky Gov. Andy Beshear trumpeted jobs announcements by GE Appliances and several other companies on Thursday. He said the days of Kentuckians feeling like "we weren’t the first kids picked for kick ball” are over as the state lands more economic development projects.

“We are absolutely on a roll, and we want to keep it going,” he said at a news conference.

The new appliance-related jobs are expected to be added by the end of 2023, GE Appliances said in its announcement. Most will be assembly-line jobs, along with some management and operations-support positions, it said. Appliance Park has a current workforce of about 7,100.

“American manufacturing is back," said Kevin Nolan, president and chief executive officer for GE Appliances. "It is back in a big way and it’s going to get bigger and bigger.”

He thanked Beshear and his economic development team for “giving us the confidence” to make the latest investment. A few weeks ago, Ford Executive Chairman Bill Ford praised the governor's leadership at an event celebrating the battery plants coming to Kentucky. That momentum isn’t lost on the Democratic governor, who is eying a tough reelection bid in 2023 in a state that has veered toward Republicans in recent elections.

The $450 million infusion into Appliance Park is the largest round of investments in recent years as part of the company's growth strategy. In the past five years, GE Appliances invested more than $1.3 billion in its U.S. manufacturing and distribution operations, creating more than 3,000 new jobs — the majority of them in Kentucky.

The state said GE Appliances could ultimately receive up to $80 million in tax incentives from Kentucky. That would be based on the new investment plan and previous reinvestment projects totaling $727 million in cumulative investments. The company has to meet job-growth and retention targets of up to 8,400 full-time positions to qualify for the full amount of incentives.

Appliance Park is home to five plants that produce washers, dryers, dishwashers and refrigerators as well as parts and components. GE Appliances also has manufacturing plants in South Carolina, Alabama, Georgia and Tennessee.

The latest investment builds on the continued resurgence of Appliance Park. Established in the early 1950s, the vast Louisville operation employed about 20,000 by the late 1970s but the workforce shrank to about 4,000 during the Great Recession.

GE Appliances, a part of General Electric for decades, was purchased in 2016 by the China-based Haier company.